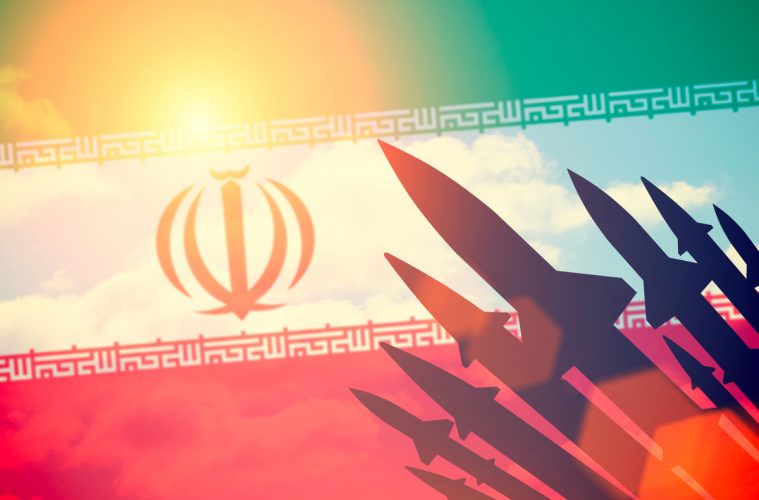 Iran Takes Another Step towards World War, Thanks to Obama

Many conservatives including myself, believe that the Iran nuclear deal that Obama and Secretary of State John Kerry brokered with Iran was an act of treason since it definitely aided a sworn enemy of the United States. Before terms of the deal fully played out, Obama began freeing up hundreds of millions of dollars to Iran along with opening up businesses to trade with companies in Iran. It was evident at the time that Iran was already not living up to the terms of the deal.

Israel Prime Minister Benjamin Netanyahu said the terms of the deal only brought Iran closer to having nuclear weapons with which Iran vowed to use to destroy the Jewish nation. According the following report, Obama has made Israel’s fears more of a reality:

“Unsatisfied with stoking the fiery cauldrons of Islamic fundamentalism with his weak-kneed response during his eight-year tenure, Barack Obama has now enabled Iran, the world’s leading sponsor of terrorism, to speed ever-closer toward successful attainment of nuclear weapons, approving a secret delivery of roughly 130 tons of uranium for the fundamentalist Iranian regime.”

Yep! That’s right. Obama has agreed to send enough uranium to Iran to allow them to build 10 nuclear weapons.

Iran is still a sworn enemy of the United States and Israel is supposed to be one of our closest allies, yet Obama appears to have once again aided an enemy at possibly the cost of an important ally and ourselves. Obama committed one last act of treason before leaving office.

In 2010, the United Nations passed resolution 2231 which called upon Iran to stop working on any efforts related to ballistic missiles that are capable of carrying a nuclear payload.

However, the 2015 Iran nuclear deal brokered by Barack Obama and then Secretary of State John Kerry, resulted in the relaxation of some of the UN sanctions. Since that time, Iran has carried out several missile tests.

Now, it appears that Iran has once again violated or defied the United Nations sanctions by testing another ballistic missile. In light of the fact that Iran has repeatedly declared Israel to be a mortal enemy that must be eradicated from the face of the earth, Israeli Prime Minister Benjamin Netanyahu commented about the Iranian missile test, tweeting:

“Iran has again launched a ballistic missile. This is a flagrant violation of a UN Security Council resolution.”

“Our enemies have stood against us with complex and special tactics and techniques. In order to confront them, we need to take the initiative and employ special methods, techniques and tactics.”

“Iran has once again defied Security Council resolutions and revealed its true intentions. The international community must not bury its head in the sand in the face of this Iranian aggression. The Security Council members must act immediately in response to these Iranian actions which endanger not only Israel, but the entire Middle East.”

Iran has always been defiant against the United States, even long before Obama and Kerry naively brokered a horrible deal that only acted to free up billions of dollars of frozen Iranian assets and to allow trade with the Islamic extremist nation. Obama’s last minute shipment of uranium only helps Iran in their quest and boldness to build a ballistic missile system capable of annihilating the nation of Israel.

Yet, this should be no surprise since Barack Hussein Obama was born a Muslim, grew up a Muslim and still is a Muslim.

If Iran does launch a nuclear attack on Israel, it could well set off World War III, which is already looming on the horizon with the military tensions between China and President Donald Trump.