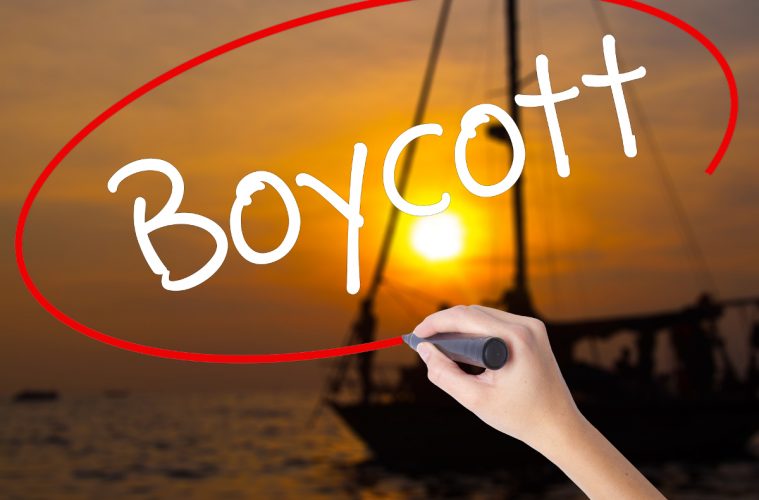 Where are the Boycotts of Sanctuary Cities?

We live just south of Cincinnati, Ohio in northern Kentucky. On a good day, we can be in Cincinnati in about 20-25 minutes. We’ve never been fans of big cities because most of them like Cincinnati, are controlled by liberal Democrats and have high crime rates. Interesting how the two so often go hand in hand, isn’t it?

If you want a quick summation of Cincinnati, realize that the TV talk show host who became popular for his smutty and gutter type programs, Jerry Springer, once served as the mayor of Cincinnati.

Charlie Winburn, a Cincinnati councilman, is preparing to introduce an ordinance to officially designate Cincinnati as a sanctuary city for illegal aliens. Some believe he is already mounting a campaign to run for mayor in the next election. Over a dozen major US cities have declared themselves to be sanctuary cities and they are all run by liberal Democrats. It seems Cincinnati is about to join their anti-American ranks.

When North Carolina passed their ‘bathroom bill’, liberals around the nation immediately began screaming, stomping their feet and crying foul and discrimination. As always, they were not seeking equal treatment but preferential treatment.

What all of them forget is that the vast majority of Americans cherish their privacy and the right to use a bathroom or locker room without being violated (physically or visually) by members of the opposite sex. Parents expect their daughters to also have the right of privacy and not to be exposed to the eyes of boys nor being exposed to seeing naked anatomical boys.

The big problem is that these abominable sinners and perverts have been screaming and crying the loudest over the past decade and the liberal courts and media have been listening and catering to them and their immoral demands, with no regard for the majority of others.

Tons of liberals began boycotting North Carolina over their Bathroom Bill. Professional sports teams boycotted along with a number of liberally run businesses and conventions pulled their business and events out of the state that actually cared about the majority of the people. North Carolina lost millions of dollars, trying to force them to caving in to the demands of the boycotters.

So where are the boycotts against cities who place more value on foreigners who have violated the law over the value of American citizens? Why aren’t conservatives staging boycotts against every sanctuary city, county and state?

If conservatives stopped spending their hard-earned dollars in places that cater to illegals over Americans, many of them would come financially crashing down in ruins. If patriotic Americans started standing up for America and make their voices and money heard, they could bring the houses of liberalism tumbling down.

So, I ask one last time, where are the boycotts of sanctuary cities?