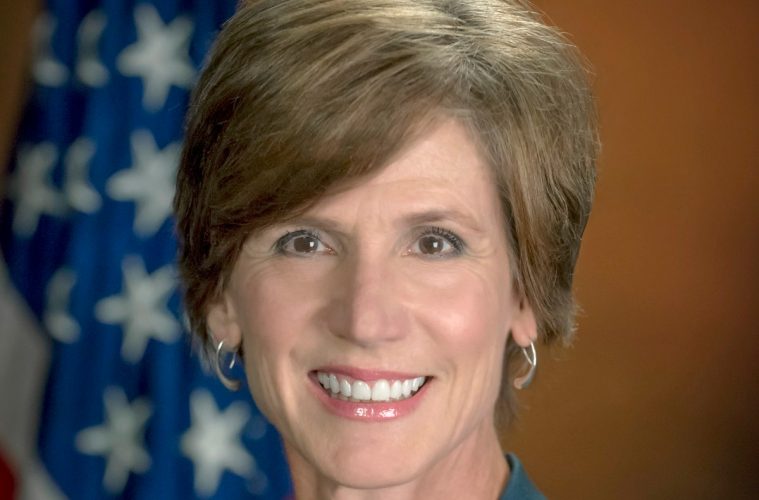 President Donald Trump has not completed his administration yet, so many positions are still filled by people left over from Barack Obama’s administration. Sally Yates, served as Obama’s Deputy Attorney General and was serving as the Acting US Attorney General, which automatically explains the reason why she has stated that the Justice Department will not defend Trump’s immigration executive order, leading to Trump firing her.

Acting Attorney General Sally Yates has ordered Justice Department lawyers not to defend challenges to President Trump’s immigration order temporarily banning entry into the United States for citizens of seven Muslim-majority countries and refugees from around the world, declaring in a memo Monday she is not convinced the order is lawful.

Yates wrote that, as the leader of the Justice Department, she must ensure the department’s position is both “legally defensible” and “consistent with this institution’s solemn obligation to always seek justice and stand for what is right.

Yates’s view is perhaps unsurprising; she was second-in-command at the Justice Department under President Obama, held over until a new attorney general can be confirmed. Still, her announcement is remarkable for its defiance. It was not immediately clear who would defend the president’s order in the Justice Department’s place.