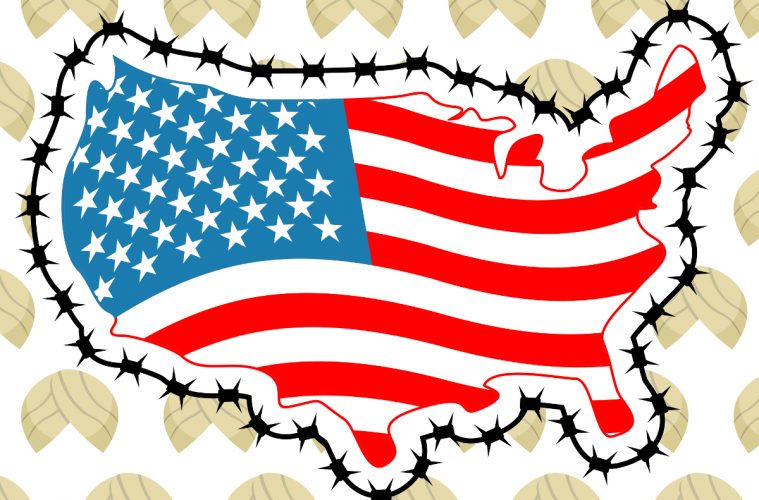 57% of Americans Favor Temporary Ban on Immigrants from Islamic Nations

If you listen to the liberal mainstream media, you would think that a vast majority of the American people are against President Donald Trump’s executive order placing a temporary ban on allowing refugees and immigrants into the US. The ban specifically targets seven Middle East countries that are predominantly Muslim.

The past couple of days, the news has been filled with images of hundreds of protesters gathering at airports and other public places. They highlighted a few people who were detained while trying to enter the country. Some of those highlighted were later released and allowed to enter once officials verified their paperwork and reasons for entering or returning to the United States. What the media didn’t highlight was that less than 200 people were denied entry into the country out over 300,000 people processed, less than one tenth of the percent of the total people processed.

The liberal mainstream media and liberal public fail to realize that most of the terrorist attacks taking place throughout the world are being committed by Muslim extremists from numerous different sects and groups. They fail to realize that since allowing hundreds of thousands of Muslim refugees into Europe, that the number of Islamic terrorist attacks have drastically increased.

Yet, Trump promised to take such action during his campaign, so it should be no surprise. However, liberals across the land are screaming as if this is something new that they had never heard of.

Last August, Rasmussen Reports took a poll of likely voters, asking them if they favored GOP presidential candidate Donald Trump’s proposed ban on immigration from ‘the most dangerous and volatile regions of the world that have a history of exporting terrorism,’ 59% said they agreed.

Rasmussen Reports took a poll over the weekend to see how likely voters feel about the highly controversial executive order. Their poll results will never be shared with the general public by the liberal media as it would undermine their liberal reporting methods.

When asked, 57% of likely voters responded that they favored a temporary halt to refugees and visitors from Syria, Iraq, Iran, Somalia Sudan and Yemen. Only 33%, one third, said they were opposed to the temporary refugee and immigrant ban.

Of voters who approve of President Trump’s job so far, more than 70% said they favored the temporary ban on refugees, immigration and on visas from the 7 predominantly Muslim countries.

Likewise, 62% of likely voters believed that Obama’s plans to bring tens of thousands of refugees from the Middle East to the US, posed a distinct threat to our national security. That goes with the fact that only 32% of likely voters said the US is safer now than before Obama took office eight years ago.

A year ago, 72% of likely voters said the federal government wasn’t aggressive enough in protecting the country from terrorists.

If the liberal media was right in their portrayal of how the general public feels about Trump’s action; Hillary and Bill Clinton would be living in the White House instead of Donald and Melania Trump.