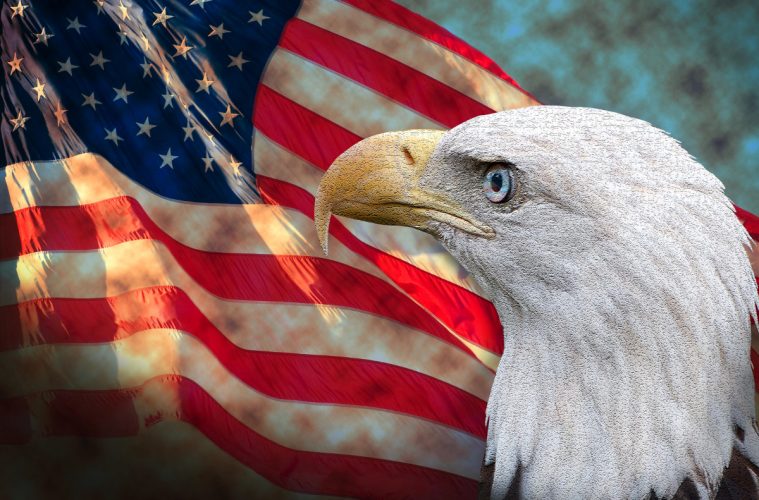 Last week, a headline in The Atlantic caught my attention as it exemplified the blindness brainwashing of liberalism in America. The headline read: How Trump’s Executive Orders Could Set America Back 70 Years.

The post by Jeremy Suri was meant to be a negative piece, slamming President Donald Trump for the actions he has taken in his first week of office, but I read it as a treatise on the positive things Trump is doing, not negative.

Before sharing what Suri wrote, allow me to share his background. He was educated at Stanford University, Ohio University and Yale University, all bastions of liberal globalism. He is currently a professor of history, foreign policy and contemporary politics and holds the Mack Brown Distinguished Chair for Leadership in Global Affairs at the Lyndon B. Johnson School of Public Affairs at the University of Texas at Austin.

In his online biography, Suri writes:

“I am a child of the global transformations that re-made societies in the last century–war, migration, nation-building, and mobility through higher education. All of my research, writing, and teaching seeks to explain these transformations–their diverse origins, their contradictory contours, and their long-lasting effects. My scholarship is therefore an extended inquiry into the workings of power at local and international levels, and the interactions across these levels. Like other historians, I treat power as contingent, context-dependent, and often quite elusive. Like practitioners of politics, I view power as essential for any meaningful achievement, especially in the realms of social justice and democratization.” [Emphasis mine]

“My hope is that my work will reach a broad and diverse audience of citizens.”

Please, please, please remember that ‘social justice’ is the liberal politically correct term for ‘socialism.’ It was coined well over a decade ago because progressive Democrats knew Americans would rebel against anything labeled as socialist or socialism, but if they disguised it in a term that sounded more palatable, their socialist concepts would be easier to swallow by a gullible and uninformed public and they were so right.

On the university website, it lists Suri’s research areas which includes globalization, organizational change and public activism. With his interests in globalism, social justice and public activism, it’s pretty clear that he would be strongly opposed to Trump’s pushing America first and the rest of the world later.

“Despite all the lies and distortions, President Donald Trump has spent his first week in office assembling a coherent and well-planned framework for foreign policy. It is hiding in plain sight—frequently missed in the storm of tweets and the attacks on domestic enemies. Read as a whole and in detail, with attention to their larger single-minded purpose, Trump’s executive orders are the blueprints for the most significant shift in American foreign policy since the Japanese attack on Pearl Harbor in December 1941.”

Sounds great do far, but wait, here it comes:

“The latest drafts of executive orders, several of which the president will reportedly sign Friday at the Pentagon, are bold and breathtaking in their reach. They are strategic and transformative. They are also poised to destroy the foundations for the last 70 years of American-led peace and prosperity. The orders question the very ideas of cooperation and democracy, embodying an aggressive commitment to ‘America First’ above all else. So much for the ‘defense of the free world,’ and the ‘march of freedom’—obvious soft-headed ‘loser’ ideas for the new team of White House cynics.”

It’s that ‘liberal international order’ that has been eroding and destroying the foundation of our nation and everything that made us great. America is not the world nor are we responsible to protect and provide for the world. America should be more concerned with what happens within our borders instead of the borders of other nations. America should be concentrating on providing jobs, building infrastructure and feeding American citizens before doing so in other nations.

“With his barrage of executive orders, Trump is taking America back to the historical nightmares of the world before December 1941: closed borders, limited trade, intolerance to diversity, arms races, and a go-it-alone national race to the bottom. His executive order on “rebuilding the U.S. armed forces” calls for “peace through strength,” but this document and the others he signed offer nothing but unilateralism and militarization: more military spending, more nuclear weapons, more use of torture (which is illegal), and more promises to destroy ISIS and other terrorist threats. The executive orders promise to curtail American participation in international organizations, prohibit whole categories of foreigners from entering our country, and limit exchanges of ideas and goods. This is not a United States any president from Roosevelt to Reagan would recognize.”

“Coupled with Trump’s decision to withdraw from the Transpacific Partnership trade negotiations, build a ‘huge’ wall on the southern border, and impose high tariffs on imports, the United States is left with a foreign policy that cuts it off from the relationships that fueled its growth for 70 years…”

“We are far from the dismal day when the Japanese attacked Pearl Harbor. For all of America’s current troubles, the United States is safer and more prosperous than anyone could have predicted in December 1941. It is, however, destroying the sources of its improved position in rapid succession. Each of today’s executive orders is another demolished column. When the roof caves in, America will be left weak, isolated, despondent, and defeatist—more like France in 1940 than America in 1941. Republicans in Congress were correct to speak out against President Barack Obama’s excessive use of executive orders. It now falls to those same critics to stop President Trump’s global destruction by presidential pen.”

I wonder what history Suri has been studying. America might be safer than it was 70 years ago, but that safety came from the strength and build up of might and power that Obama tore down and Trump is trying to restore. Obama’s liberal and socialist policies left America weaker than it was in 1946 at the end of World War II. Trump is trying to rebuild America back to that strength.

The saddest and most frightening part of Suri’s erroneous discourse on President Donald Trump’s actions is that this is what he and many others are teaching our young people who will grow up to be tomorrow’s leaders. I fear as the older and more conservative populous who remembers when America was great, continue to die off, that they will be replaced by these younger brainwashed generations who will complete the destruction of America. I blame liberal socialists like Jeremy Suri and many others like him for the eventual ruination of the United States of America. Their blindness will cause us to collapse, just all other similar nations before us have done.

“The president is taking the United States back to the nightmares of the world before the Second World War: closed borders, limited trade, and a go-it-alone national race to the bottom.”

My response, is: GOOD! GREAT! It’s about time someone thought of America first!