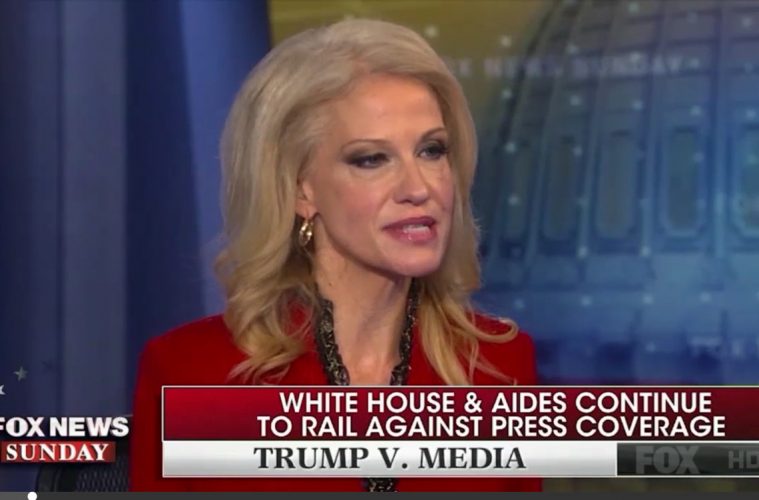 The liberal media is all up in arms in President Donald Trump’s actions to make America safer from potential terrorists. Kellyanne Conway, Trump’s Chief White House Counsel, not only defended Trump’s actions but she ripped into the press for their treatment and handling over the entire issue.

White House counselor Kellyanne Conway on Sunday defended President Trump’s order to temporarily ban immigration from seven mostly-Muslim nations — and deflected criticism over countries like Saudi Arabia and Pakistan not being included in the ban.

“These are countries that have a history of training, harboring, exporting terrorists,” Conway, counselor to the president, told “Fox News Sunday.” “We can’t keep pretending and looking the other way.”

Conway said the Obama administration and Congress essentially came up with the list of seven, citing the Terrorist Prevention Act of 2015.

A federal judge on Saturday evening issued an emergency order temporarily barring the administration from deporting people from those countries.