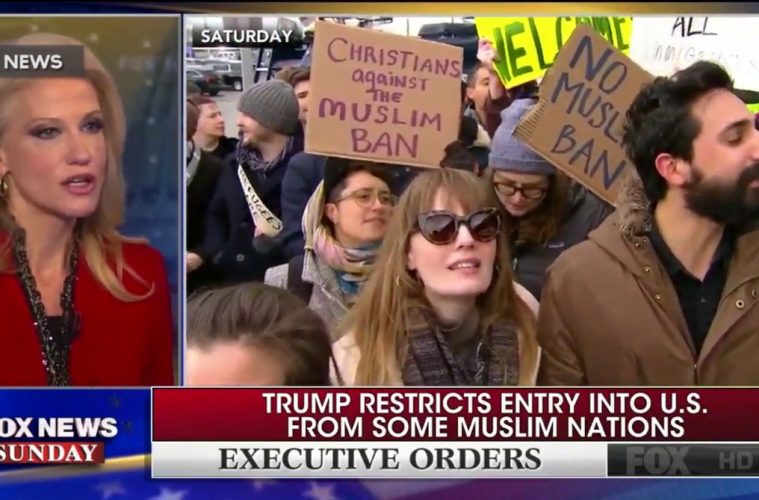 Liberals worldwide are accusing President Donald Trump of discriminating against Muslims with his temporary ban on refugees and immigrants. However, they fail to realize that the ban also affects Christians, Buddhists and members of other religions as well. All he is trying to do is to take measures to help keep America safe from terrorists, who are mostly Muslim.

President Trump on Sunday released a statement stressing the importance of keeping the country safe and denying that his executive order amounts to a Muslim ban, amid protests and backlash from lawmakers.

“America is a proud nation of immigrants and we will continue to show compassion to those feeling oppression, but we will do so while protecting our own citizens and border,” the president said in the statement.

“We will keep it free and keep it safe, as the media knows, but refuses to say.”

Trump said his policy is similar to what former President Obama did in 2011, when he “banned visas for refugees from Iraq for six months.”