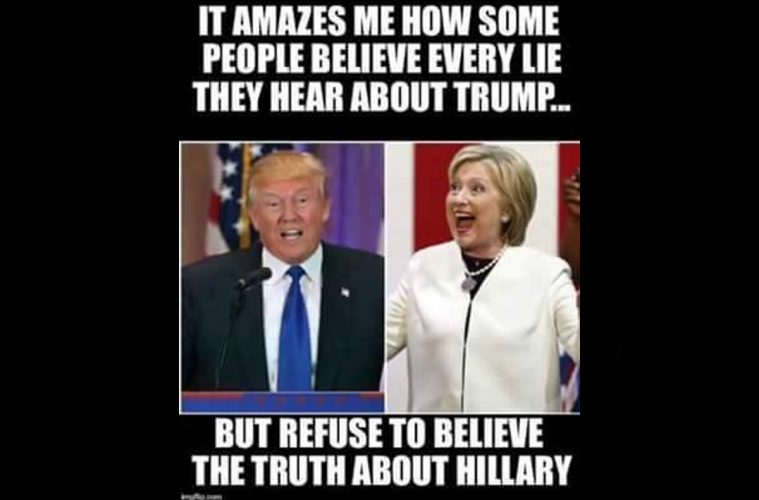 Why Do So Many Liberals Believe Every Lie Told about Trump but Believe No Truths Told about Hillary?

The past year has given us a picture of just how warped and perverted liberals are. They are blind to the truth while being gullible to lies at the same time. It all depends upon who the lies and truths are being spoken of.

When a number of liberal Democrat women began accusing Donald Trump of sexual harassment, groping and other inappropriate behavior, the liberal media and Democrats nationwide jumped on the bandwagon. Many accused him of being a sexist and insensitive to women and even anti-woman. When the allegations made against him were investigated, none of them proved to have any merit, but the liberal media and Democrats ignored the lack of evidence and continued to believe the lies told about Trump.

When Trump declared he wanted to make policies that would help improve America’s weakened national security, liberals labeled him as a hater, racist, bigot and guilty of discrimination. Yet there were never any substantiated evidence to prove those allegations and no matter how many times Trump denied the false allegation, liberals continued to believe the lies.