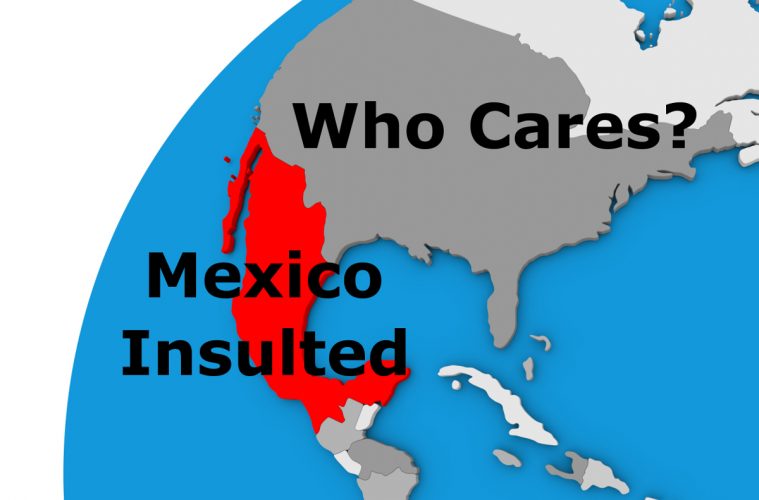 Who Cares if Mexico is Insulted by Trump’s Wall?

Oh Boo Hoo! Mexico and America’s liberals are insulted and upset about President Donald Trump’s plans to build a border wall/fence to stop the flow of illegal aliens.

“Press reports are citing numerous examples of maligned Mexican machismo and other mental anguish sufferings, such as;

Specifically, according to the source-poor reporters at The New York Times, “Mr. Trump’s action was referred to by politicians and historians as a ‘an offense to Mexico,’ a ‘slap in the face’ and a ‘monument to lies.’”

As reported by the Los Angeles Times, ‘Roberto Gil Zuarth, a senator with the opposition National Action Party, said support for a boycott of the meeting {between the US and Mexican presidents] was broad. “We will unite all the political forces of this country to send a very clear message to the U.S. government and to President Trump  that we will not tolerate being offended, being mistreated and our country’s image being damaged,” he said.’