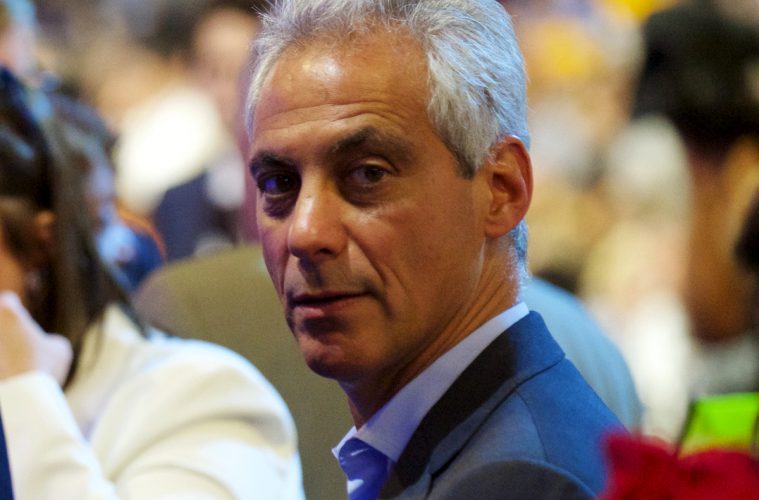 Chicago Mayor Tells Citizens to Open Their Homes to DREAMers

Chicago Mayor Rahm Emanuel, former Obama White House Chief of Staff, is defying the Trump administration on sanctuary cities. He is telling DREAMers to come to Chicago and is urging Chicago residents to open up their homes to illegals. He has stated that he is willing to open up his own home.

Mayor Rahm Emanuel’s name evoked boos and hisses from the hundreds of demonstrators outside at O’Hare Airport when a speaker mentioned his name. Few realized he had joined them.

The mayor ducked into the airport’s international terminal Sunday, shook hands with volunteer attorneys and called on residents across the city to host refugees and immigrants in their homes as an act of defiance to President Donald Trump’s restrictive executive order.

Trump’s order, signed on Friday, suspends all U.S. refugee resettlement for 120 days, bars Syrian refugees indefinitely, and blocks travel into the U.S. for 90 days for citizens of Iran, Iraq, Libya, Somalia, Sudan, Syria and Yemen. It will also stop green card holders from those seven countries from entering the U.S. again if they travel abroad.

On Saturday, after more than a thousand protesters marched inside and outside the terminal, Emanuel released a statement saying the travel restrictions had “tarnished America’s standing as a beacon of hope for the free world.”