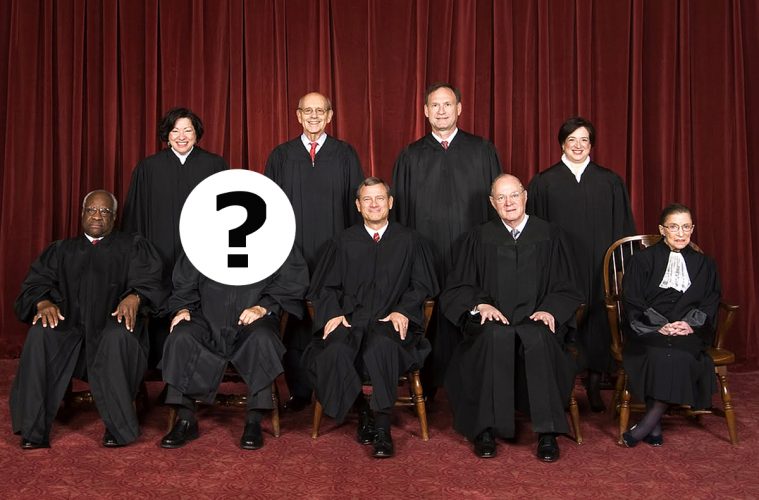 The face of American law and politics could be drastically changed for years to come with the selection of new members to the United States Supreme Court. President Donald Trump is expected to name his nominee for the seat vacated by the sudden death of Justice Antonin Scalia, either today or tomorrow. If he has to appointment any others in the next 4 years, it could have a huge impact and hopefully undo many of the liberal decisions made by the high court during Obama’s terms in office.

President Donald Trump could announce his nomination for the Supreme Court as early as Monday, a White House official told the Associated Press.

Word of the possible announcement came as the administration grappled with the fallout of Trump’s executive order halting the United States’ refugee program and suspending visas for citizens of seven predominently Muslim countries. As a candidate, Trump often used surprise announcements to shift attention away from negative coverage.

Trump himself had tweeted that he would make his selection public on Thursday.