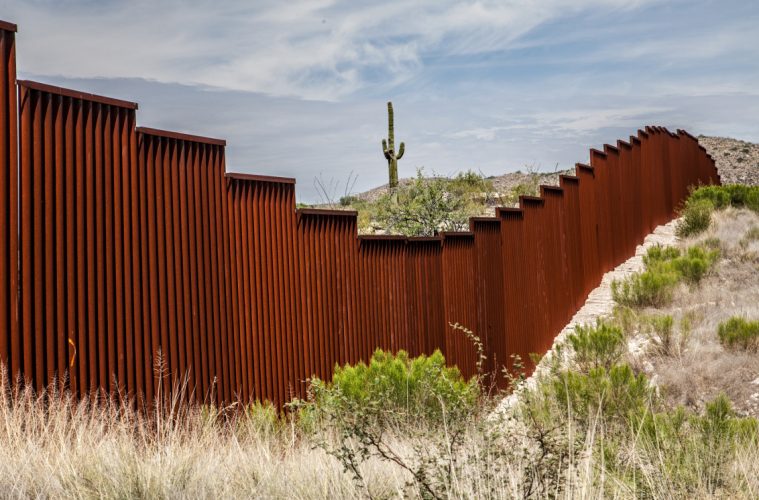 How Trump Can Build His Wall with Virtual No Labor Costs

One of the most controversial promises of Donald Trump’s presidential campaign was the one to finish building the wall or fence along the US – Mexico border. The reason for this promise was to help stop the uncontrolled flow of illegal aliens into the US.

Trump also raised the ire of many liberals when he characterized many illegals as being criminals. They call him a hater and racist when in fact, he was speaking the truth. There are tons of reports of crimes committed by illegal aliens. I’ve personally seen entire family friendly neighborhoods turned into crime infested slums that weren’t safe for anyone to walk or even live in their own homes. I’ve watched as the property values plummeted as a direct result of illegal aliens moving into the neighborhoods, often with as many as 30-40 illegals in each 3-4 bedroom house. I’ve seen how the flood of illegals crossing the border have transformed large areas of desert into trash covered danger zones. I know ranchers who carry a gun with them at all times and even sleep with a loaded gun under their pillows. One rancher sent his wife and daughter to live with relatives in a city further north away from the border because of the dangerous conditions created by illegal aliens and drug traffickers. I know law enforcement officers who say that over 75% of the crime they encounter is directly or indirectly related or caused by illegal aliens.

Of course, the Obama administration had a habit of turning illegal aliens convicted of felonies, back out on the streets of America to victimize more American citizens. Under Obama, Mexico deported more illegals than the US did. In 2014, Mexico deported 107,199 illegals compared to the US deporting only 104,688 illegals.

Much to the dismay and horror of many liberals, Donald Trump won the electoral vote and is now the President of the United States and he has been taking action on many of his campaign promises, including completing the border wall or fence.

Congress approved the construction of a border fence over a decade ago, but it was never completed due to lack of funding and liberal Democrats taking control of Congress in 2008.

Perhaps the most efficient section of border fence that has been completed is the nearly 100 miles of border security fence stretching out into the desert from Yuma, Arizona. Prior to the construction of the Yuma fence, Border Patrol agents arrested an average of 800 illegals per day. Since the construction of the fence, they only arrest an average of 15 illegal aliens per day.

I wish I could get this message to President Trump, but here is how he can expand the efficient Yuma border fences across to Texas and the Pacific Ocean, with little labor cost.

Most construction projects spend over 50% of their total costs on labor. What if Trump could build the rest of the border fence without it costing the nation any more than they are spending now?

The US military has construction units that build airports, military bases and entire cities in other parts of the world. What if Trump used our military construction units to build the border wall/fence? These men and women are already being paid by the taxpayers so why not put them to work for our own national protection instead of having them building in other countries?

That would leave the main cost of the fence to be material. Reducing the labor to nearly nothing would save billions of dollars and keep our military personnel here in America instead of abroad.

At the moment, everyone is wondering where Trump plans to get the money from to pay for the border wall/fence. He has vowed to make Mexico pay, but using our military labor, would ease that burden of who is going to pay and how much.

Once the border wall/fence is built, I suggest that Trump use US military personnel to supplement the Border Patrol in maintaining the security along the entire length of the fence. I’m sure many Americans would prefer to see our military men and women protecting America’s border instead of the border in other countries that hate America like Iraq and Afghanistan.

I believe this is a win-win solution, if only I would have the chance to share this suggestion with President Trump.