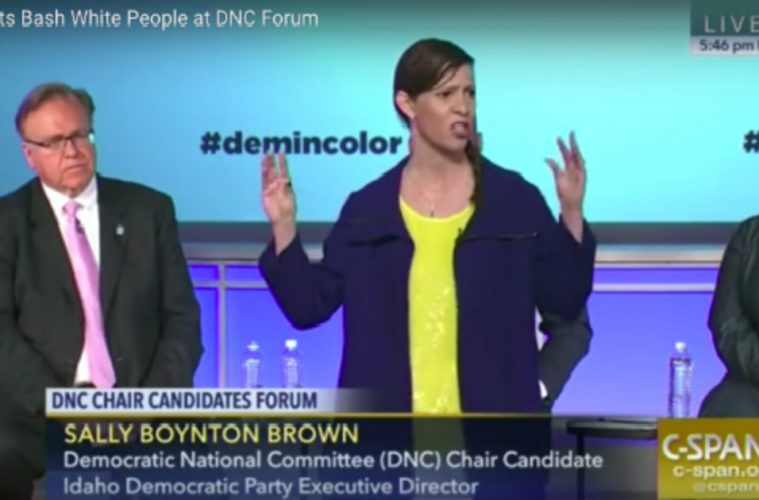 As the contest for the next chairman for the Democrat National Committee comes down to the wire it is becoming clear that the party still doesn’t want to open its tent to the millions of white voters who fled the party to vote for Donald Trump. In fact, one candidate is now saying she sees it as her duty to “shut white people down” if she were lucky enough to be voted in to take over the party’s chairmanship.

These foolish words were spoken by DNC Chair candidate Sally Boynton Brown, the current executive director of Idaho’s Democratic Party. Brown’s jaw dropping comments were made at a recent forum for the seven DNC Chair candidates held at Georgetown University on January 23.

It appears that, as far as Brown is concerned, the Democrat Party hasn’t bashed white people enough and going forward should not let white people speak in the party. I don’t mean figuratively, either. She said it flat out.

Here is how Brown,herself a white woman, envisioned her job as the next DNC Chairperson: