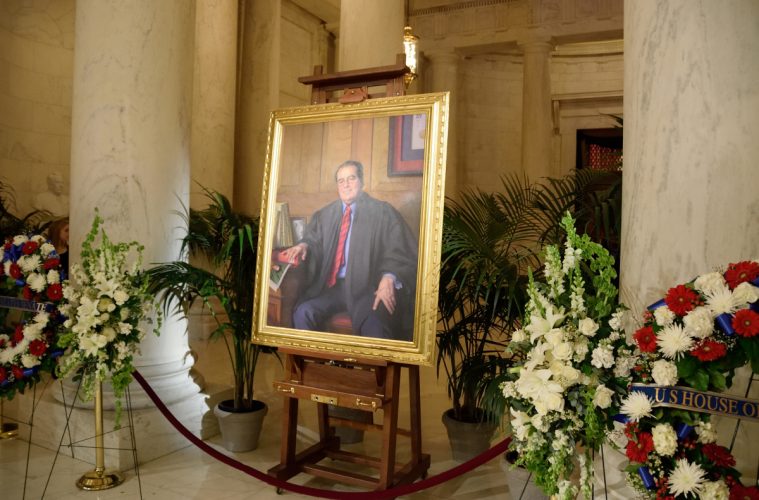 Since the death of Supreme Court Antonin Scalia, the high court has been run with 4 liberals, 3 conservatives and 1 wishy-washy moderate. President Trump says he will announce his nominee for Scalia’s replacement, next week. Many suspect his list of choices is down to 3 and Democrats are already gearing up to oppose whomever Trump nominates.

President Trump says he plans to announce his pick for the U.S. Supreme Court next week.

The Trump administration has begun to float specific names for the high court’s vacancy. The consensus seems to be that among the finalists on Trump’s shortlist are Neil Gorsuch, a judge on the federal appeals court based in Denver; Judge William H. Pryor Jr. of Alabama, who served on the federal appeals court based in Atlanta; and Judge Thomas Hardiman of Pittsburgh, who serves on the 3rd Circuit Federal Court of Appeals.

All were appointed to their current positions by President George W. Bush and are considered hardcore conservatives, but there the similarity ends.

Gorsuch, 49, is considered a cerebral proponent of “originalism,” the idea that the Constitution should be interpreted as the Founding Fathers would have more than 200 years ago, and of “textualism,” the idea that statutes should be interpreted literally, without considering the legislative history and underlying purpose of the law. The Colorado native is Ivy League-educated, and while in undergraduate school at Columbia University, co-founded a newspaper aimed at rebutting what he considered the dominant liberal and “politically correct” philosophy on campus. A graduate of Harvard Law School, he also earned a doctorate in legal philosophy at Oxford University, where he studied as a Marshall scholar.