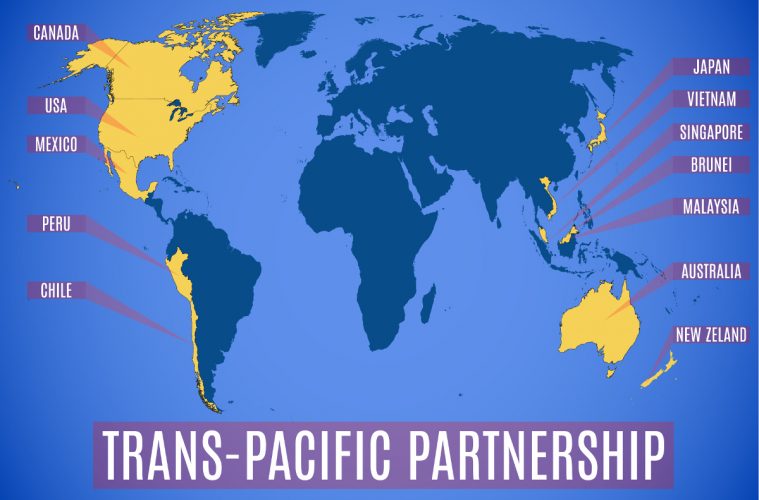 Trump Withdraws US from Trans-Pacific Partnership

President Trump vowed to take action against any and all trade deals that were not to the best interest of the United States. On Monday, he started working on his promise by withdrawing the US from the Trans-Pacific Partnership.

President Trump’s cancellation Monday of an agreement for a sweeping trade deal with Asia began recasting America’s role in the global economy, leaving an opening for other countries to flex their muscles.

Trump’s executive order formally ending the United States’ participation in the Trans-Pacific Partnership was a largely symbolic move intended to signal that his tough talk on trade during the campaign will carry over to his new administration. The action came as China and other emerging economies are seeking to increase their leverage in global affairs, seizing on America’s turn inward.

Mexico’s President Enrique Peña Nieto declared Monday that his country hopes to bolster trade with other nations and limit its reliance on the United States. Chinese state media derided Western democracy as having “reached its limits”; President Xi Jinping had touted Beijing’s commitment to globalization during his first appearance at the annual gathering of the world’s economic elite last week in Davos, Switzerland.

“This abrupt action so early in the Trump administration puts the world on notice that all of America’s traditional economic and political alliances are now open to reassessment and renegotiation,” said Eswar Prasad, a professor of trade policy at Cornell University. “This could have an adverse long-run impact on the ability of the U.S. to maintain its influence and leadership in world economic and political affairs.”