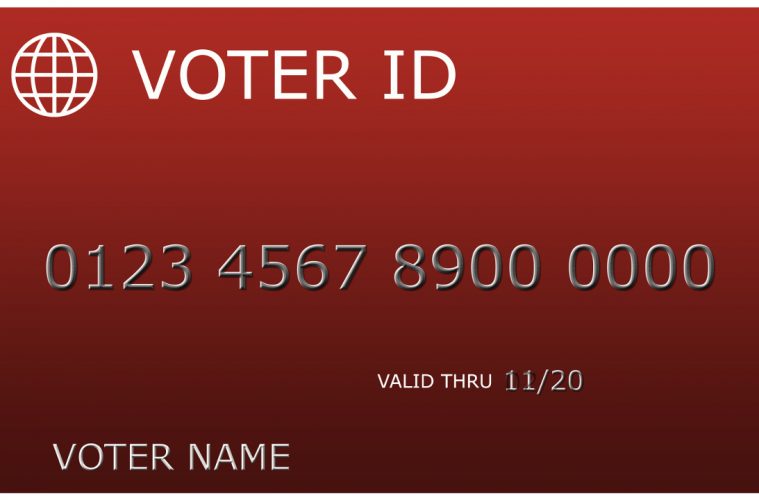 During his eight years in office, Barack Obama appointed over 100 liberal federal judges who have helped him push his agenda instead of ruling on the Constitution and law. These judges have assumed far more power than our Founding Fathers intended. In fact, they intended the Judiciary Branch of the government to be the least powerful and there for the purpose of checks and balances. Instead, they have assumed absolute authority to make law and nullify law with simple rap of their gavel.

I recall some years back when I still lived in God’s country, Arizona, an initiative was on the general ballot to make English the one and only official language. The measure was overwhelmingly passed by the general public, but a few liberal Hispanics challenged the law and one liberal federal judge decided on his own to nullify the will of the people and overturn the law.

After numerous reports of voter fraud in the 2008 elections, a number of Republican led states passed legislation requiring some kind of photo ID. Despite claims that there wasn’t any voter fraud or that it was few and far between, in the 2008 and/or 2012 elections, there were reports of numerous dead people voting, pets registered to vote, people voting more than once and even thousands of people voting in more than one state. There were also numerous reports of voting machines changing votes from Mitt Romney to Barack Obama. Let’s not forget the reports of illegals and convicted felons voting. There is even evidence that in the November 2016 election that over 3 million votes were illegally cast by non-citizens, but the liberal media and our liberally run government has chosen to ignore this report.

Liberals could not allow anything to prevent voter fraud as they intended to win by hook or crook and both. As fast as states could pass voter ID laws, Obama sicked his attack dog, the Attorney General Eric Holder, to use the Department of Justice to challenge, block and overturn as many of the voter ID laws as possible.

Liberal Democrats used the argument that the voter ID laws were discriminatory against poor people and minorities.

I’ve always questioned the logic of this argument. If I were a minority of poor person, I would be deeply offended by it. I once heard Holder explain that many poor people and minorities were unable to obtain a valid photo ID and therefore the voter ID laws were discriminatory. He stated that many of these people are on various forms or welfare and were often unable to travel to the locations necessary to obtain a valid photo ID.

On really? I know people receiving various forms of welfare and they all need some form of photo ID in order to register for their forms of welfare. If they are able to travel and obtain IDs for welfare, then why aren’t they able to do the same for an ID that would allow them to vote?

Liberal judges ignore those types of arguments and concentrate on the ones about discrimination to knock down or block the voter ID laws.

Texas was one of those states that passed a voter photo ID law only to have it challenged and blocked. According to the New York Times:

“The Texas law, enacted in 2011, requires voters seeking to cast their ballots at the polls to present photo identification, like a Texas driver’s or gun license, a military ID or a passport. Federal courts have repeatedly ruled that the law is racially discriminatory.”

“The Texas law was at first blocked under Section 5 of the federal Voting Rights Act, which required some states and localities with a history of discrimination to obtain federal permission before changing voting procedures. After the Supreme Court in 2013 effectively struck down Section 5 in Shelby County v. Holder, an Alabama case, Texas officials announced that they would start enforcing the ID law.”

“After a two-week trial in 2014, Judge Nelva Gonzales Ramos of Federal District Court in Corpus Christi struck down the law on Oct. 9 in a 147-page opinion. She said that it had been adopted ‘with an unconstitutional discriminatory purpose’ and that its effect was to disenfranchise ‘a disproportionate number of African-Americans and Hispanics.’”

“In 2015, a three-judge panel of the United States Court of Appeals for the Fifth Circuit, in New Orleans, vacated part of the ruling concerning the law’s purpose but affirmed the part concerning its effect. Last July, the full Fifth Circuit largely adopted the panel’s distinctions and reasoning, and it returned the case to the trial court to consider an appropriate remedy.”