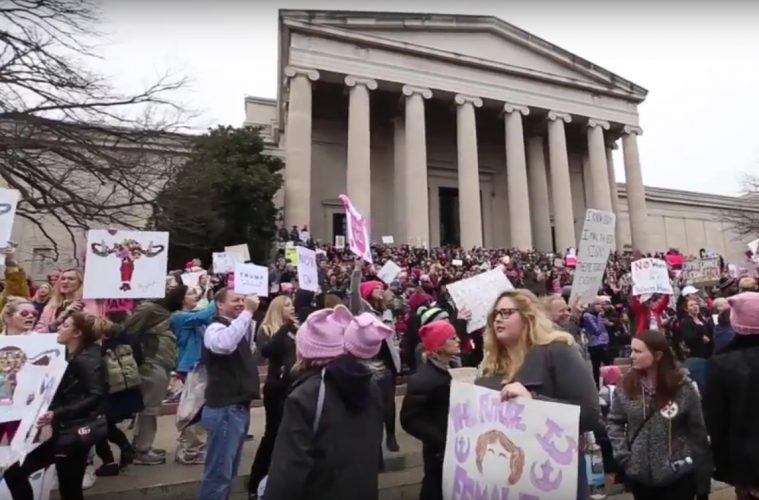 Anti-Trump Protesters Offensive to Many Women

Tens of thousands of liberal women protesters took to the streets over the weekend in protest of President Donald Trump (although if you take all the women in America subtract the number of women who protested, then I believe you will find that the number women who did NOT protest would be considerably more than those who did). Some were protesting his sexist remarks made during the campaign and others were protesting Trump’s pro-life stand and reports that the Republican controlled Congress will take measures to defund Planned Parenthood. Many also carried signs that said ‘Trump loves hate’.

One of the things that they all hold in common was their support of Hillary Clinton and their claim that Trump is not their President. I know that feeling as I have felt the same way over the past 8 years under Barack Obama. I never felt he was my President.

On one of the news broadcasts I watched, one woman protester held up a sign that was made to look like a Bible verse. It read:

The first thought that came to mind is that this is blasphemy against the Bible and against God. This is the exact opposite of what the Bible teaches. Biblically, life begins at conception and anyone that caused a baby in the womb to die or be expelled early and dies is guilty of murder and is punishable with death. (Ex. 21:22-23; Luke 1:41)