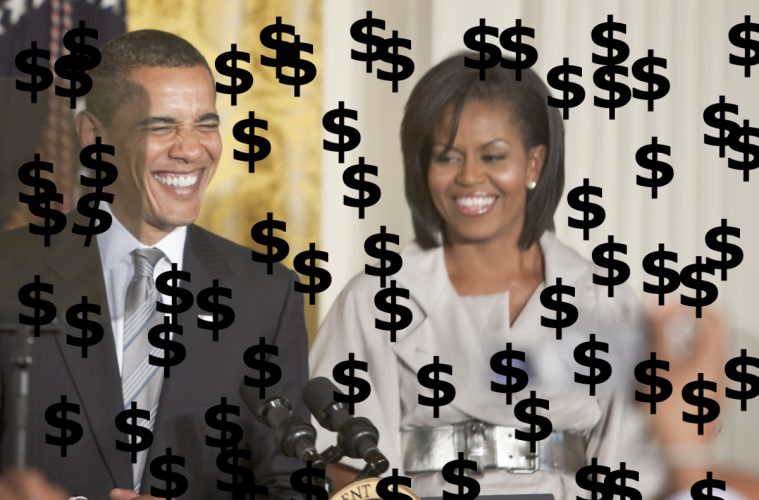 During his 8 years in office, how many times did we hear Obama blame the wealthy for many of America’s problems?

During Barack Obama’s 2008 campaign for the White House, how many times did we hear him talk about a redistribution of wealth?

Actually, in 1998 and 2001 Obama spoke publicly about the redistribution of wealth along which also referred to as ‘economic justice’. His ‘economic justice’ is just another way of saying that he believes in a socialistic government that takes the wealth away from the wealthy and uses it to support the poor. What he fails to disclose is that in all of the socialist governments that have claimed to do this, the poor remained poor, the majority of the middle class also became poor and the government stole from the wealthy to pay for their own lives of luxury.

In 2013, Obama reiterated his support for the redistribution of wealth, trying to justify it by saying:

“Corporate profits have skyrocketed to an all-time high, but it’s also true that for more than a decade, wages and incomes haven’t gone up at all.”

Do you recall the Occupy Wall Street movement that began in 2011 and spread across the country with tens of the thousands of liberal protesting banks and big business? Obama spoke out in support of the protest movement, saying:

“The most important thing we can do right now is those of us in leadership letting people know that we understand their struggles and we are on their side, and that we want to set up a system in which hard work, responsibility, doing what you’re supposed to do, is rewarded, and that people who are irresponsible, who are reckless, who don’t feel a sense of obligation to their communities and their companies and their workers that those folks aren’t rewarded.”

To listen to him speak, one would think that he hates and abhors the wealthy, even though some of his closest friends and supporters (Warren Buffet and George Soros to name a few) are very wealthy.

I wonder what Obama would say or do if he joined the ranks of the wealthy? Would he be willing to share HIS wealth with poor people that he has looked down on for the past 8 years?

We could soon find out!

“The Obama’s reportedly made $2,656,902 the year he became America’s first African-American president, significantly more than when he was earning $80,000 in salary from the Illinois State Senate and $32,000 from the University of Chicago Law School, where he was a professor, according to GoBankingRates.com.”

“By 2007, Obama had earned more than $3 million in book royalties. He also added more millions to his name when he acquired a financial fund worth between $1 million and $5 million that same year.”

“According to a study by American University, the Obamas’ combined net worth of $24 million as they leave the White House is miniscule compared to the riches they are likely to amass in the future, a number now pegged at $242 million, said the International Business Times.”

It’s time for Obama to put up or shut up. He needs to be the example of his belief in the redistribution of wealth or publicly retract everything he has said in support of the socialist philosophy

My bet is that he will continue to make millions of dollars and still continue to speak out for socialistic ideologies including the redistribution of wealth, but will not share his millions with the poor like he preaches.