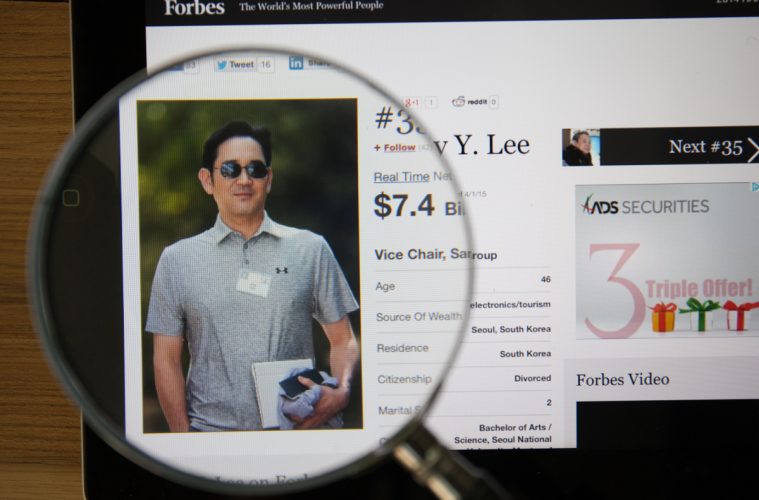 The vice chairman and billionaire heir apparent of Samsung, Jay Y. Lee, is the latest high-profile figure to be implicated in the presidential corruption scandal that has rocked South Korea. Prosecutors there claim Lee gave 43 billion won ($36 million) in bribes to President Gun-Hye Park and her close advisor, Soon-sil Choi. The money allegedly came in the form of donations to Choi’s non-profit foundations in an effort to curry favor with the government and help consolidate his family’s control over Samsung.

The Central District Court of Seoul is now deciding whether or not to issue the warrant, which would make Lee the first executive in the country to be arrested because of the scandal. That decision should come in the next few days, according to The New York Times.

Lee, 48, is the vice chairman of Samsung and the company’s de facto head while his father, chairman Kun-hee Lee, is being cared for in hospital following a heart attack more than two years ago. The younger Lee has spent his entire career at the company, starting at Samsung Electronics in 1991, and then becoming its president in 2009 and vice chairman of the company in 2013.

Lee, the only son of Kun-hee Lee, was groomed from a young age to take over the family firm, one of South Korea’s most powerful chaebols; his father allowed him as a child to join him in board meetings, according to Mark Newman, a senior research analyst at Bernstein Research in Hong Kong, and a former director at Samsung.