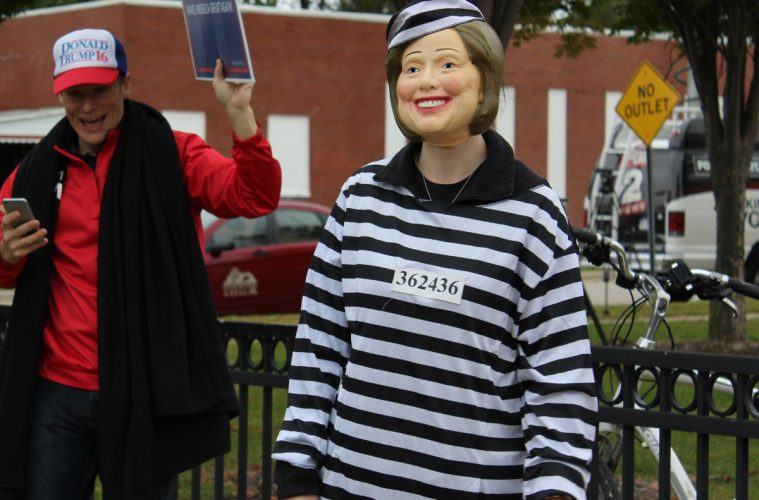 During the highly contentious 2016 presidential campaign, Donald Trump said he would prosecute Hillary Clinton for her crimes surrounding her email scandal. After being elected, he seemed to back away from this strong position. In a recent series of tweets, Trump ramped up his attack of Clinton.

Donald Trump again took to Twitter to berate his former rival Hillary Clinton Friday, calling her “guilty as hell” in a scatterbrained rant that started as an attack on a British spy and an unverified dossier about the president-elect’s ties to Russia.

“What are Hillary Clinton’s people complaining about with respect to the F.B.I. Based on the information they had she should never have been allowed to run – guilty as hell,” he tweeted just after 6 a.m. “They were VERY nice to her. She lost because she campaigned in the wrong states – no enthusiasm!”

The attack — which comes more than two months after Trump won the November election — was apparently aimed at Democrats who have partially blamed their loss on FBI Director James Comey’s decision to reopen the agency’s probe into Clinton’s private email server just days before the 2016 election.

However, Trump’s Twitter tirade started as a furious rant about an unverified dossier that claimed Russian operatives complied blackmail intel against the president-elect, including explosive accusations that he partook in “perverted” sexual acts during a trip to Moscow.