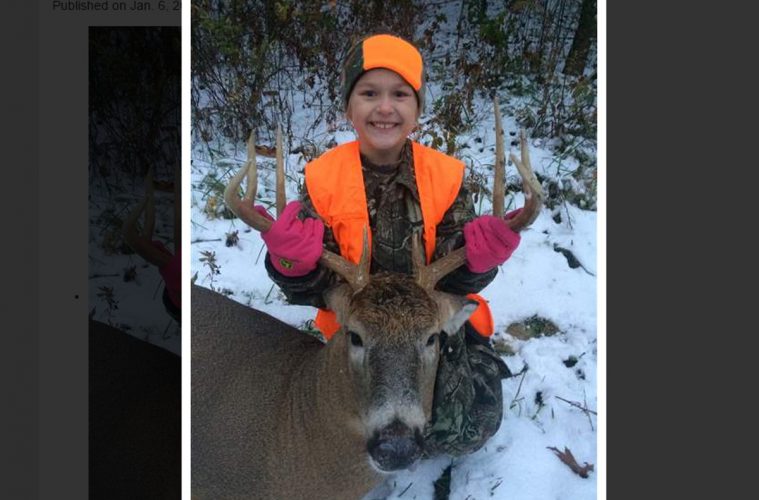 When I was growing up, hunting was very much a part of our family life. With the help of my dad holding the end of a rifle, I was taught to shoot when I was only 4-years-old. I shot and killed my first rabbit when I was 5.

I also grew up shooting a bow and arrow and was excited to kill my first deer during archery season when I was only 12-years-old. The next year I shot another nice deer with bow and arrow. Finally, at age 14, I got to go rifle hunting and killed a nice 3-point mule deer. (I grew up using a western count of most tines on one side and not counting the eyebrows – by eastern count, my 3-point buck was an 8-point buck).

Was I elated and proud of my hunting skills? You bet. Back in the 1960s, a large number of Arizonans went deer hunting. It was considered an excused absence from school to go deer hunting. We also used to leave our rifles in gun racks mounted in the back window of our pickup trucks, even in the high school parking lot.

Because of the way I was raised, hunting, fishing, camping, tracking and such, I ended up studying and earning a college degree in wildlife & fisheries biology. My dream was to work for the Arizona Game & Fish Department, but God had other plans and always managed to close the door just as I was ready to step into my dream job.

I’ve never lost my love of nature, hunting or fishing. My college studies helped me learn that the land will only support so many animals – it’s called carrying capacity. Once the carrying capacity is exceeded, harsh conditions like a cold winter or long dry periods, can result in large numbers of animals dying from starvation. What’s really sad is that it’s not just the surplus animals that die off, but large percentages. Say a given area will support 100 deer (carrying capacity) and that herd has a fawn crop of 30 new animals for a total of 130 deer. That next winter is harsh and food becomes scarce. It’s not uncommon to see die offs of up to 70-80 deer, far higher than the carrying capacity. Many of the survivors can be weakened and subject to disease, thus adding further problems for the remaining herd.

I’ve been in the field and have seen deer dying of starvation in the winter and trust me, it’s not a pretty site. Those pretty brown eyes look so sad and pitiful as they lay there, too weak to run away. I know if it were me, I would much rather take a quick death by bullet rather than a slow death from starvation and cold.

This is why most states still have annual deer hunts and hunts for other wildlife species. It helps to control the numbers and keeps populations healthier. Yet, many bleeding-heart liberals who haven’t a clue how to properly manage wildlife populations, push to stop hunting and harass hunters.

Such is the case of 9-year-old Domonique Yatsko of Hinckley, Ohio. Her family has been farming in the area for nearly 200 years and they are hunters. Domonique was excited about her first deer hunt and spent days scouting deer and selecting the right buck to harvest. She made a good shot and dropped a nice 8-point (eastern count) buck. Her family cleaned up the deer so no blood was visible and then took a photo of proud Domonique. Then they took the photo and had it silkscreened onto a sweatshirt.

Domonique proudly wore the sweatshirt to school, then came home and threw it in the trash. When her mom asked why, the girl told her that her teacher yelled at her, telling her ‘killing animals is not what we do’ and then told her to take the sweatshirt off. Domonique was devastated and her elation and pride in her first successful hunt had been dashed by a liberal teacher pushing his/her personal anti-hunting agenda on the students.

Domonique’s mom said she contacted the school, seeking an apology, but said:

“The principal’s quote to me was ‘we don’t have dead animals in school.”

When contacted by the media, the school only stated that they did issue an apology and explain that the teacher quietly talked to the girl outside of class and that it was only an issue when other students were bothered by the image of Domonique holding the deer up by the antlers.

The family is trying to work with Domonique to undo the damage inflicted by this liberal ignorant teacher and hopes that Domonique will regain her love of hunting and join in future family hunts. I hope that Domonique reads this post and if so, that I want to congratulate her on her first deer hunt and encourage her to continue hunting, thus helping to manage healthy deer populations.

I really wish that liberal teachers would stop trying to promote their personal agendas on young kids. Their job is to teach whatever subjects they are hired to teach, not to brainwash your kids into believing the same ignorant perverted and harmful ideologies.