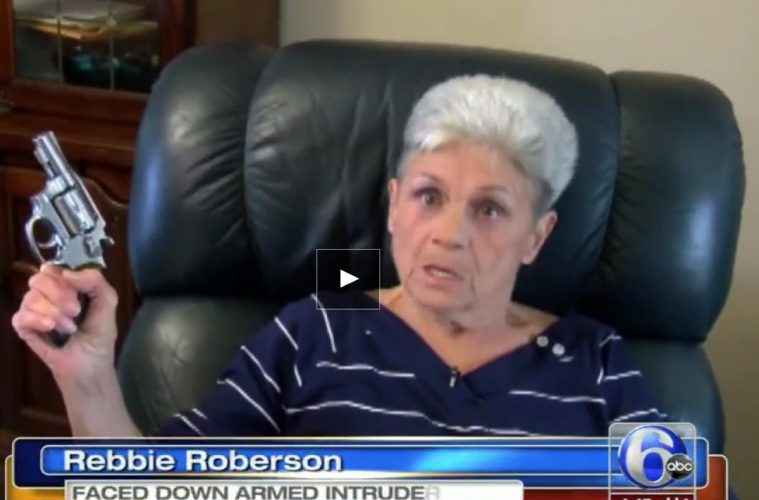 Barack Obama, Hillary Clinton, Joe Biden and Michael Bloomberg are the champions of the movement to disarm American citizens. They have pushed tons of anti-Second Amendment, anti-American and anti-gun pieces of legislations. They have all supported the United Nations treaties that would place America under United Nations’ sovereignty and efforts to disarm law abiding citizens around the world.

Over the years, I’ve written numerous posts where law-abiding citizens have used their guns to defend themselves, their loved ones and their homes.

In September 2012, 18-year-old Sarah McKinley was home alone with her newborn son. Her husband had recently died of cancer, leaving the young mom alone. A young man claimed to be a friend of her husbands, had gone to his funeral and then a few days later, showed up at Sarah’s house with a friend. They demanded to be let in and began trying the doors, but fortunately they were locked. In the meantime, Sarah grabbed a shotgun and a handgun and call 9-1-1. While still on the phone, the intruders kicked in the door and brandished a hunting knife. Sarah fired her 12-gauge shotgun, dropping Justin Martin in his tracks. Martin’s accomplice, Dustin Stewart fled the scene, but later turned himself in to police.

In October 2012, 12-year-old Kendra St. Claire of Oklahoma was home alone when an intruder tried breaking into the house. She called her mom at work who told her to grab her (the mom’s) handgun and hide in the closet. Kendra did and as the intruder tried to open the closet door, she shot him in the shoulder, forcing him to flee the house. He was quickly apprehended by police and charged with his crime.