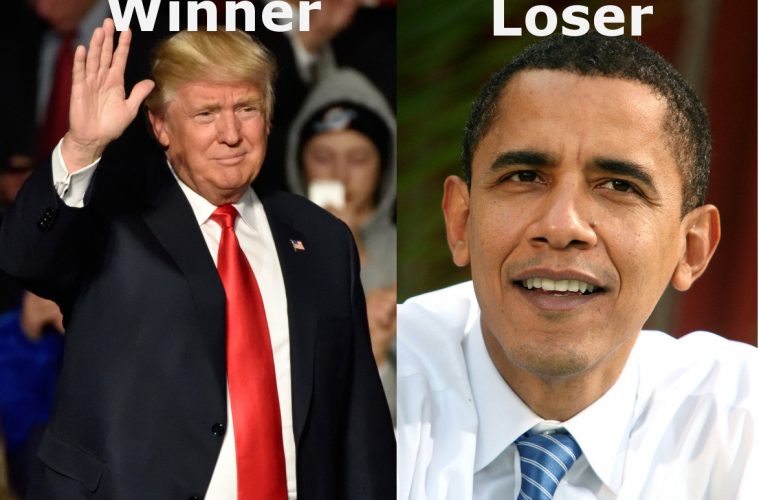 Poll Indicates Obama Would NOT Have Defeated Trump

Back around Christmas, Barack Obama began boasting that if he could have run for a third term that he would have defeated Donald Trump in November’s elections.

In an interview with David Axelrod, a former Obama advisor, Obama told him that he firmly believed he could have won a third term. He went on to tell Axelrod:

“I am confident in this vision because I’m confident that … if I had run again and articulated it, I think I could’ve mobilized a majority of the American people to rally behind it.”

“I know that in conversations that I’ve had with people around the country, even some people who disagreed with me, they would say the vision, the direction that you point towards is the right one.”

“If we can’t find some way to break through what is a complicated history in the South and start winning races there and winning back Southern white voters without betraying our commitment to civil rights and diversity — if we can do those things, then we can win elections.”

To be honest, four years ago, I was predicting that Obama would have done anything to change the US Constitution in order to allow for him to run for a third term. I even suggested that he would cause some sort of national emergency that would have allowed him to declare martial law and then take measures that would supersede the Constitution and federal law (both of which he frequently violated, anyway) and go so far as to suspend national elections. At that point, I expected him to declare himself the supreme dictator of the United Arab States of America.

But the nagging question that has resounded for the past week is whether or not Obama would have actually defeated Donald Trump in November’s election?

In a poll taken right before the New Year, Rasmussen Reports revealed that only 70% of the Democrats that voted for Hillary Clinton said they would have voted for Obama had he been legally eligible to run for a third term.

However, if the Rasmussen Reports poll is accurate, Obama would only have received about 43-44 million of the votes that were cast for Clinton. That means that Trump would have defeated Obama with a landslide victory of over 17-19 million votes.

Obama would still be packing up and heading back to Chicago to continue in his quest for power and Trump would still be naming his selections for his administration and preparing to move into the White House.

The message sent in November’s election and indicated by the Rasmussen Reports poll is that many Americans are fed up with the business as usual career politics of Washington DC. They want something different. They want hope and change for the positive instead of what Obama gave us and what Clinton was promising.

However, if the career Republicans in Washington that have been fighting against Trump fail to listen to the voters, Republicans could lose the Senate, House and White House four years from now.