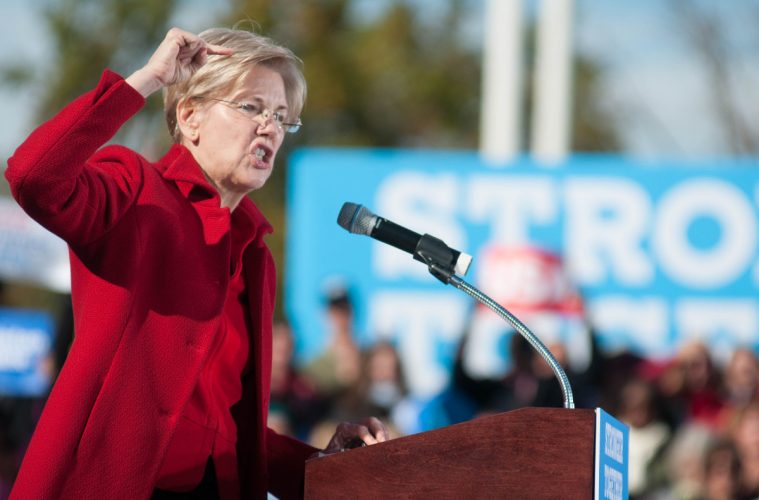 Will Radical Elizabeth Warren Be Democrat’s 2020 Challenger to Trump?

But who is this relatively new political upstart and what are her chances of defeating incumbent Donald Trump?

Elizabeth Warren is a typical liberal Democrat that apparently has no problem with lying or distorting the truth if it serves to get her ahead of others or receive preferential treatment. Before entering politics in 2012 in her successful bid to oust then Sen. Scott Brown (R-MA), Warren was a law professor at Harvard.

How she obtained her position at Harvard has been the focus of many who question her ethics. Warren appears from outward appearance to be more European than American Indian. However, from 1986 through 1995, she claimed to be American Indian in order to obtain minority status as a Harvard law professor. During that ten-year period, the professional law school directory had Warren listed as an American Indian.

During the 2012 campaign, Scott Brown’s campaign questioned the truth behind Warren’s claim to be American Indian. At first, Warren tried to deny ever claiming to be a minority until she could no longer dismiss the evidence that surfaced. Warren then endeavored to turn the attack back on Brown by claiming his accusations were sexist and was part of the Republican War on Women.

When this didn’t work, she then played the family tradition card that she had always been told that she was part Cherokee in an attempt to slough it all off. But that was not enough to placate those who were questioning her integrity on the issue.

I was also told that I was part Cherokee that traced back to a Principal Cherokee Chief named John Jolly. I did some research and discovered that Chief John really existed. He was an important chief who adopted a young teen by the name of Sam Houston and raised him as his own son. The chief, his Cherokee name was Oolooteka, adopted the English name John Jolly to sign a peace treaty to move the Cherokee from Tennessee to Georgia during the presidency of Andrew Jackson. Further research then led me to realize that John Jolly had one surviving daughter and we were no relation to her and thus the family tradition ended. Warren should have done the same, but others did it for her and then she tried to deny ever making the claim.

Scott Brown’s campaign then learned that Warren practiced law in Massachusetts without a law license. It seems that since the late 1990s, Warren has served as counsel on a number of legal cases including her representing the Travelers Insurance Company asbestos case which went all the way to the U.S. Supreme Court.  In most all of these instances, she lists her Harvard Law School address as her legal office of record.

That in itself is not a problem. The problem is that according to the Legal Insurrection’s William A. Jacobson, there is no record of Elizabeth Warren ever being granted a license to practice law in the state of Massachusetts. According to Jacobson:

“Warren, however, never has been licensed to practice law in Massachusetts.”

“Warren is not licensed to practice law in Massachusetts. Warren’s name does not turn up on a search of the Board of Bar Overseers attorney search website (searches just by last name or using Elizabeth Herring also do not turn up any relevant entries).”

“I confirmed with the Massachusetts Board of Bar Overseers by telephone that Warren never has been admitted to practice in Massachusetts,” Jacobson added. “I had two conversations with the person responsible for verifying attorney status. In the first conversation the person indicated she did not see any entry for Warren in the computer database, but she wanted to double check. I spoke with her again several hours later, and she indicated she had checked their files and also had spoken with another person in the office, and there was no record of Warren ever having been admitted to practice in Massachusetts.”

“The clear record shows that since the late 1990s Warren has held herself out as representing litigants using her Harvard Law School address, and there is every reason to believe the work was performed in Massachusetts, in some cases utilizing student help. The listings above are not exhaustive, and there may be cases not reported in electronic databases, in which Warren has acted as counsel using her Cambridge address. For example, if Warren rendered legal advice but did not appear on the Brief or enter a court appearance, there would be no record. State court case briefs and appearances also are not captured by databases to the extent of federal cases.”

Like so many other leading Democrats, Warren sided with the Occupy Wall Street movement a couple years ago. She blasted big business and banks while at the same time courting their political contributions. In fact, following in the footsteps of Democrat Al Gore who claimed to have invented the internet, Warren made the claim that she created the intellectual foundation that was behind the Occupy Wall Street movement.

In many ways, Elizabeth Warren is a female version of Barack Obama. Both rose in politics suddenly with little to no experience. Both have highly questionable backgrounds. Both appear to be pathological liars who care more about themselves than the people they claim to represent. Lastly, they both have a big mouth and believe that everyone is interested in what they have to say.

It would not surprise me to see Warren as Trump’s opponent in 2020. She will use many of the same deceptive tactics used by Barack Obama that he used to win the White House, although Warren will undoubtedly use her gender.

Warren is a radial left-wing, feminist and socialist, who could mount a successful bid for the White House. If she succeeds in 2020 or 2024 or whenever, she will be far more destructive to the America we love than Obama and Clinton combined.