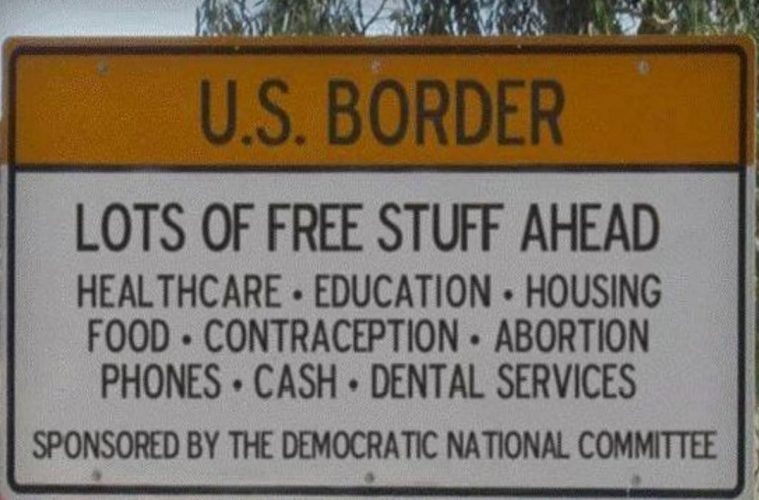 For years, liberal Democrats have been bending over backwards to give illegal aliens all of the comforts, benefits and rights held by American citizens, and more. This drastically escalated under the administration of Barack Obama.

Under his administration, tens of thousands of illegals with felony convictions were released by law enforcement agencies and jails, allowing them to continue to walk our streets and victimize more American citizens.

Under his administration, millions of illegals were allowed to remain in the US and obtain work permits (green cards), allowing them to take jobs away from millions of Americans. I’ve heard the arguments that say this isn’t true, but I know of Americans who once worked in construction that could not find a job because so many builders and contractors were using illegals who worked for less. When Alabama passed strict immigration laws which included stiff fines for any employer found to be hiring illegals, the unemployment rate in the state fell by 1.1% in the first two months the laws went into effect. After the border patrol raided a restaurant in town, a week later they had a staff of Americans.