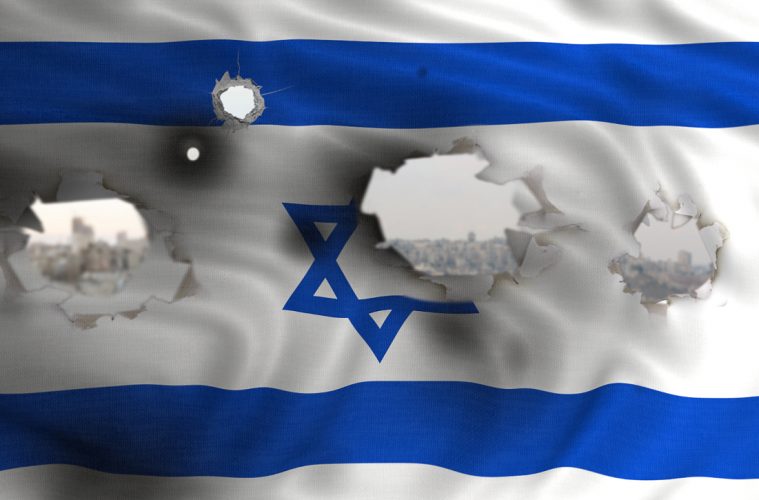 After the disastrous political effects of the Obama administration’s failure to block the UN censure of Israel, Barack Obama and Secretary of State John Kerry are now trying to save face before leaving office by trying to salvage peace with Israel and the Middle East. If anything, Obama and Kerry’s attempt at peace is being described by a senior member of the Israeli government as ‘pathetic’ and one that may actually serve to worsen tensions between Israel and the United States.

Virtually every US presidential administration since 1948 (when Israel re-established their country) has tried to push peace plans between Israel and the rest of the Middle of East.

While their motives may be well intended and appear noble in the eyes of the public, those efforts are futile at best and a waste of diplomatic time and efforts. As long as the nation of Israel exists along with a concentration of Jewish people in the Middle East, there will never be peace. Any efforts from outside nations, like the United States, are ignorantly futile.

The animosity between most Arabs and Jews goes back to early biblical times. Both people groups claim to be decedents of Abraham. That’s where any commonality ends.

According to history (beginning in Genesis 16), Abraham’s wife Sarah was childless, so Abraham had a son with Sarah’s handmaid, Hagar. Sarah’s jealousy drove Hagar and her son, Ishmael, away. Then God blessed Sarah with a child in her old age. Abraham bestowed all the rights of inheritance on Sarah’s son, Isaac instead of his first-born son Ishmael. The Jewish people are the descendants of Isaac and the Arab people are the descendants of Ishmael. For centuries, the decedents of Ishmael have hated the descendants of Isaac for allegedly stealing their rights of the first-born inheritance. As long as Jews and Arabs live in proximity to each other, there will never be peace.

Even if by some miracle, peace was possible between Jews and Muslim Arabs, there would still not be any peace in the Middle East.

There has been war in the Middle East for at least 1,300 years between the two sects of Islam and between ethnic groups of people. Shiite Muslims have been fighting Sunni Muslims for centuries. In Afghanistan alone there are fourteen different ethnic groups and at least two or more of those groups have been warring against each other for centuries. In Iraq, there are four major ethnic groups and some of them are further divided up and like in Afghanistan, they don’t like each other.

The animosity or hatred between Sunni and Shiite Muslims is stronger than the hatred held by the southern states about the northern states that led to the American civil. Allow me to explain:

“The conflict between the two Islamic sects goes back to the death of their prophet Muhammad in 632 AD when a successor was to be named to lead the Islamic people. The majority, the Sunni, wanted the community to select the new leader and a minority, the Shiites or Shia, insisted that Muhammad’s successor be a family member, namely Ali who was Muhammad’s cousin and son-in-law, married to his daughter Fatimah.”

“The Sunni majority won out and named the first caliph, but the Shiite minority was not happy and tensions soon flared into conflicts. Eventually Ali was named as the fourth caliph, but it was too late. Ali was murdered at Kufa in present day Iraq in 661 AD as were several of the early caliphs.”

“Ali’s son Hussein assumed the leadership of the Shiites and openly rejected the rule of the Sunni caliph. Hussein continued to defy the caliph and eventually faced the caliph’s very large army with only 72 followers, many of which were family members. The caliph’s army massacred Hussein and his small group. He was beheaded and his head was taken to the Sunni caliph in Damascus. His body was left on the battlefield until it was burned and buried.”

For the past 1300 years Sunni and Shiite Muslims have been at odds. Many of the civil wars and skirmishes that have taken place in the Middle East over the past 1300 years have been due to the bitter hatred between the two Muslim sects. That’s why I’ve long contended that it is extremely naïve of our government to believe that they can actually bring peace to the Middle East.