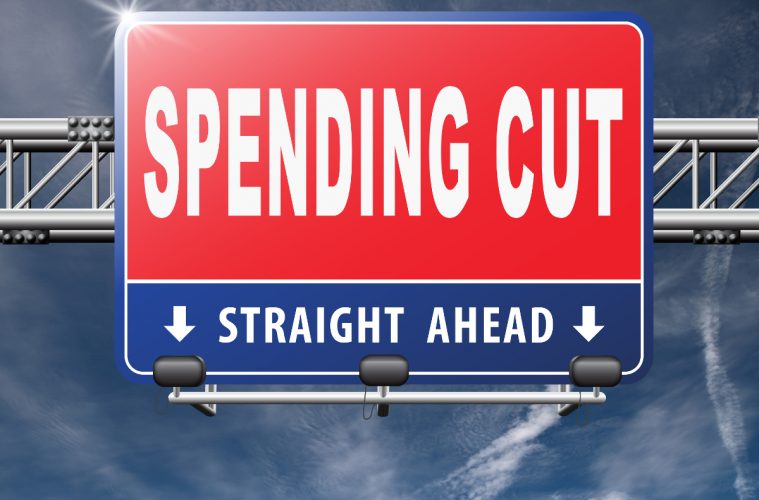 One of President-elect Donald Trump’s campaign promises was cut wasteful federal spending with the goal of establishing a balanced budget and reduce the federal deficit.

Many political pundits and economists are already offering their ideas of how Trump can accomplish this. I’m not an economist nor am I a political pundit. All I am is a conservative patriotic American who is sick and tired of seeing my hard-earned tax dollars being wasted by the federal government. I also saw a list of 10 ways to cut federal waste put together by Adam Andrzejewski, Founder and CEO for OpenTheBooks.com – a private database of government spending. His list was published on Forbes.com. I’ve taken the liberty of adding my own list of wasteful government spending to the one Andrzejewski put together. If I were the soon-to-be President of the United States, I would be getting my red pen ready to start slashing millions and billions of wasted taxpayer dollars.

3- Fire unnecessary EPA lawyers. According to Andrzejewski, the EPA has paid $1.2 billion in salaries to over 1000 lawyers. He points out:

“When the EPA is sued, the Department of Justice defends the EPA in court.”

4- Cut foreign aid to countries that are not our allies. The federal government continues to throw billions of dollars at many nations like Afghanistan Egypt, Tunisia, Nigeria, Iran Pakistan and others that would like nothing more than see the destruction of America. This year, the US spent $1.51 billion that was sent to Afghanistan, another $1.46 billion for Egypt, $803.8 million to Pakistan and another $630.3 million to Obama’s homeland of Kenya.

I would also cut the funding of many projects in other countries. For instance, in 2014, $2.5 million was allocated to help ‘improve corrections administration and professionalism’ in Central American countries. Another $13 million was spent on job training of at-risk youth in El Salvador and Honduras. These are just a few of the many projects in other countries that our tax dollars are funding.

5- Cut all federal funds for sanctuary cities. These cities are in direct violation of federal immigration laws, among others so why should they continue to receive taxpayer dollars? According to Andrzejewski,

“There’s no public purpose for a phalanx of 5,000 federal public relations officers costing $500 million per year. And it’s an abject waste of resources to spend over $1 billion annually with outside PR firms. We identified these firms charging the agencies up to $88 per hour for their interns, billing $275/hour for graphic designers and $525/hour for their own executives.”

7- Eliminate non-essential government departments and agencies. The first federal department I would cut is the Department of Education. This one cut alone would save taxpayers $2 billion a year. According to federal budget documents:

“The President’s FY 2017 Budget provides $69.4 billion in discretionary funding and $139.7 billion in new mandatory funding for the U.S. Department of Education.”

“Lending by the U.S. Small Business Administration should go to small businesses!  We’ve identified $14 billion in SBA financial transactions flowing to anything but small business including some of the most successful Wall Street bankers and boutique investment firms; $200 million in lending to private country clubs, golf clubs, beach clubs and tennis clubs; $142 million into ZIP code 90210 (Beverly Hills, CA); and over a quarter billion to subdivisions of the Fortune 100.”

“Moreover, there are 47 Ivy League administrators earning more than $1 million per year. Over the last six years, the Ivies pulled in direct federal revenues of $19 billion, which rivaled the $23 billion collected in student tuition. In FY2014, tax breaks on their endowment alone totaled $3.4 billion or $60,000 per student.”

9- Eliminate or limit vacations and travels of Presidents and Vice-Presidents. When Barack Obama was running for president in 2008, he promised to not take any vacations while he was president because he had too much to accomplish and he didn’t want to waste taxpayer money. Not counting his current vacation to Hawaii, the Obama family has cost taxpayers over $85 million for vacations. Let’s not forget that taxpayers have also been paying for the travels of Michelle Obama’s mother who lives with Obama’s at the White House, courtesy of taxpayers.

Let’s not forget that we also pay for Vice President Joe Biden’s family vacations. During the infamous Sequestration when the federal government selectively shutdown some departments and programs, what did Biden do? He took a 5 day vacation on South Carolina’s Kiawah Island.

On an earlier travel trip, Biden spent just one night at the Hotel Intercontinental in Paris at a cost of $585,000 to US taxpayers. He rented several floors in the hotel plus there was the cost of feeding all of the staff and security that traveled with him.

10- Stop the funding of pet projects and meaningless studies. For instance, $384,949 of federal money went to a study of duck penises by Yale University. Another example is the $876,752 of federal money to pay for a study of snail sex in New Zealand. These are just a couple of the hundreds of useless studies and grants paid for with our tax dollars.

“If Los Angeles County wants to pay a harbor boat pilot $482,000 annually, or $3.7 million to ten pilots, then cut a corresponding amount from their federal subsidies. In FY2016, the feds sent LA County nearly $1 billion in grants alone.”

This list is far from being exhaustive and I’m sure that many of you could add more cuts to it. The bottom line is that there are hundreds of billions of dollars of taxpayer dollars being wasted and that needs to be stop. Just like cutting out a cancer, the process will hurt, but in time, the nation will heal and be much healthier (financially) if we get rid of wasteful spending.