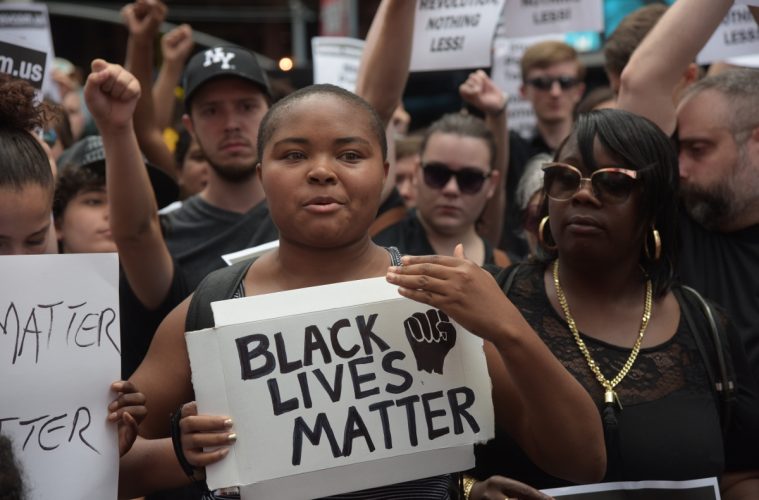 Once again blacks and the liberal media are all abuzz over the video and report of a white police officer arresting a black mom and her two daughters. They are pointing to the fact that the mom called police because a neighbor was physically assaulting her son, but most reports fail to provide the whole story.

To begin with, the 7-year-old son of Jacqueline Craig of Fort Worth, Texas littered in his neighbor’s yard. The neighbor accosted the boy and according to the mom, was choking her son when she called police. When a Fort Worth police officer arrived on the scene, he followed proper procedure in trying to find out what was happening. In the process, Craig’s daughter jumped in front of the police officer and began yelling in his face. That resulted in the situation going out of control. When the police office tried to calm the family down, they refused to calm down, even under the threat of being arrested.

Most of the incident was videoed and the video has been released, resulting in black protests in the Fort Worth area. But like in many similar cases, the whole story was not recorded on the video nor are black activists willing to listen to the truth of what really happened.

I saw a news report showing the families black attorney demanding that the white police officer be immediately fired from the police force and that all charges against the mom and daughters be dropped.

This entire thing sounds so familiar. In Ferguson, Missouri, a store clerk reported to police that he was physically assaulted when he tried to stop a large black teen from stealing from the store. A description of the black suspect was broadcast over the police radio. Ferguson Police Officer Darren Wilson spotted a black teen who met the description and he wasn’t that far from the store. He attempted to stop and question the teen when the very large black teen began physically hitting Wilson while the police officer was still in his car. Wilson ordered the teen to stop but the teen continued his assault, fracturing the eye socket of the police officer. Fearing for his life at that point, Wilson drew his gun, which the teen tried to forcibly take from him. Wilson then fired several times, shooting the teen in the head and moments later Michael Brown lie dead on the ground.

Ferguson and the rest of the nation erupted in days of protest and violence over the Ferguson incident and most of the black community blamed Wilson, even after overwhelming evidence and testimony showed that Brown was guilty of his own death. Ignoring the evidence, other Ferguson cops were shot for no other reason except in protest over what happened to Michael Brown.

Had Brown complied with Wilson’s orders from the beginning, he would still be alive However, Brown refused to comply with police orders and then assaulted the police officer.

In the case of Freddie Gray, a black man who also resisted against police orders and being arrested. He gave police no alternative but to physically subdue him. Gray ended up collapsing into a coma and then dying by what was defined as a spinal cord injury suffered during the arrest. Had Gray complied with police from the beginning, he would still be alive.

In the case of Johnny Crawford, a young black man, he was seen by shoppers in a Walmart store, waving what appeared to be an assault-style rifle. Shoppers fled in fear and called 9-1-1. One woman running for fear of her life died from a heart attack. When police arrived, they ordered Crawford several times to put down the gun. Instead of complying, Crawford turned to face the police officers and pointed the gun at them. The police officers shot and killed him. The gun turned out to be a toy, but it looked real to shoppers and police. Crawford’s family and many in the black community blamed the police, but had Crawford complied with police orders from the beginning, he would still be alive. Black activists even tried to get criminal charges filed against the shoppers who called 9-1-1.

All of these incidents, and others, all have one thing in common – blacks resist police and then police are blamed for the consequences. Thanks to black activists like Barack Obama and Al Sharpton, many blacks have the attitude that they are above the law and do not have to listen to or comply with a police officer, especially if the police officer is white.

A childhood friend of mine was a special forces sergeant in the military. After leaving the military, he became a police officer for a major city. After two years of working in predominately black communities, he quit the police and went back to special forces saying it was safer than trying to be a white cop in black neighborhoods.

In every case, the real racists are the blacks who refuse to cooperate and obey police and then blame police for doing their job. Until black activists are stopped and silenced, the issue with racism in America will continue to get worse and worse until more lives are lost and property destroyed.