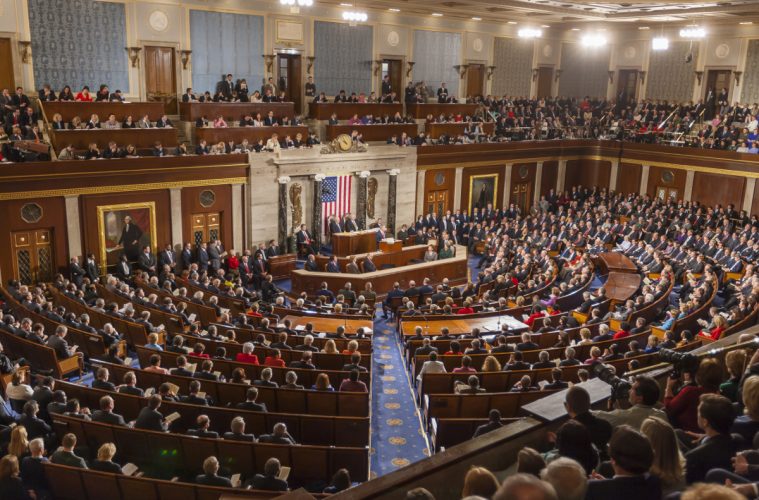 Will Democrats Use Obscure Law to Block Electoral Vote Tabulation?

I’ve been very disappointed and even angry about some of the presidential elections during my lifetime. In 1964, I was quite upset and alarmed when Lyndon Johnson handily defeated Senator Barry Goldwater. Even though Johnson promised to end the war in Vietnam, I firmly believed he wanted to do the opposite and he did.

In 1976, I was again disappointed when Georgia Governor Jimmy Carter defeated incumbent President Gerald Ford. The vote was a close one with Carter winning the popular vote by only 2.1% and willing the electoral vote 297 to 240. I really didn’t want to see Carter in office because of his liberal policies and I was right in my concerns.

Not sure I have to say how much I was unhappy when Barack Obama defeated Senator John McCain in 2008. I saw Obama as a socialist and someone who was heck bent on running America and he proved me right. Four years later in 2012, I was extremely upset and angry that Obama won a second term, defeating former Governor Mitt Romney. I knew that four more years of Obama would be more gloom and doom and destruction for America, the American people, conservatives and every Christian in the nation.

Through all of my upsets and anger, I knew that there was nothing I could do to alter the outcome of the elections. I never took to the streets in protest or turned to violence. I didn’t launch any recounts or try to sway electoral delegates into changing their votes. Like it or not, I accepted the results of the election, although I have to admit that for the past four years, I’ve refused to refer to Obama as president because I still believe he was not legally eligible to hold the office.

Ever since this year’s election results were announced the day after the election, unhappy Democrats have protested in the streets and on camera, they’ve participated in launching unsuccessful recounts and many tried to sway electoral college delegates Sadly, many liberal minded Republicans have also been throwing temper tantrums because Donald Trump is not one of them, he’s not a career politicians that has been corrupted by the ways of Washington politics.

On Monday, the delegates to the Electoral College cast their votes and the preliminary counts clearly indicate that Trump defeated Hillary Clinton 304 to 227 electoral votes. However, the official tally of the electoral votes will take place on January 6 in a joint session of Congress.

While many feel there are no more tricks the Democrats can play to keep Trump from the White House, there is one obscure US code that could cause a delay, but little more. Title 3, Chapter 1, Section 15 of the US Code – Counting Electoral Votes in Congress – states that if only one member of the House and one member of the Senate file a letter or petition questioning whether or not the electoral votes were ‘regularly given,’ that the official tabulation of the vote would be postponed for a later date.

According to Edward Foley, Law Professor at Ohio State University, commented about the law, stating:

“You’ve got to be honest and say there’s a huge amount of uncertainty in this.”

“It is the most convoluted law, and Congress knew at the time they wrote it that it didn’t make any sense, but it was a compromise.”

Referring to the question of Russian interference with the voting in states like Pennsylvania, Pippa Norris, McGuire Lecturer on Comparative Politics and Professor at Harvard and Sydney universities, commented:

“If it was proved by the CIA and FBI investigations that there had been some particular districts that were manipulated — for example, in Pennsylvania, Michigan, or Wisconsin — then that could be a condition [for Congress to object].”

They raise the possibility of just two unhappy Democrats, one Senator and one Representative, could use this law to delay the official count of the Electoral College votes over the question of Russian interference. It could take months of investigations to clear up any questions on the integrity of the vote.

It doesn’t seem there is much of a chance of changing the outcome of the popular or electoral vote, but I wouldn’t put it past whining liberal Democrats to pull off such a stunt just to make a name for themselves. If they do, I hope it will be the last time they are elected and that someone will turn them over a knee and spank them for throwing their temper tantrum in public.