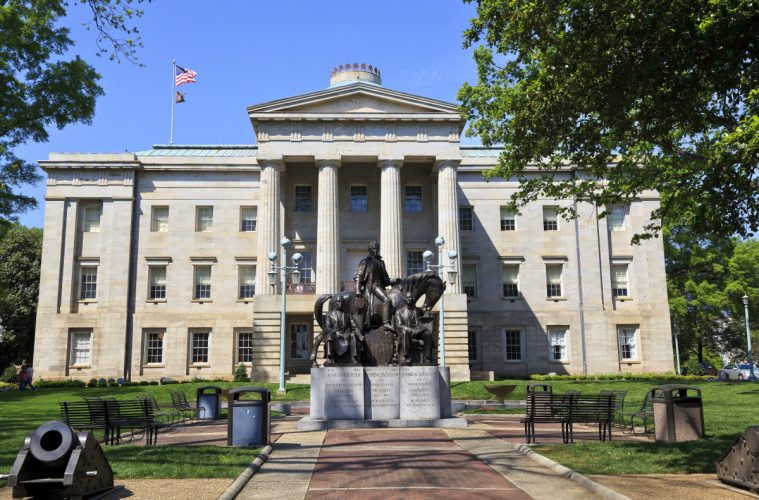 With protesters knocking on the door to locked galleries, the North Carolina legislature pushed through controversial legislation aimed at dialing back the powers of the state’s incoming Democratic governor and reorganizing the state’s elections oversight body.

The legislature, meeting in a last-minute, year-end special session, approved a proposal along party lines Friday that would effectively give Republicans control of the state Board of Elections during election years. Outgoing Gov. Pat McCrory (R) signed the bill into law Friday, despite not issuing any comment on the drama that has been wracking North Carolina politics since Wednesday.

Lawmakers also passed a bill that, for the first time in decades, would require the governor to get approval by the state Senate for his Cabinet appointees and end his ability to appoint members to the board of trustees of the powerful UNC school system. The measure would also drastically reduce the number of state employees the governor can directly hire and fire, from 1,500 to 425.

“Why does it make sense to enable the mass political firing of people who have been doing a wonderful job for the state?” said Senate President Phil Berger (R) in a statement. It’s unclear as of Friday whether McCrory would sign that bill.