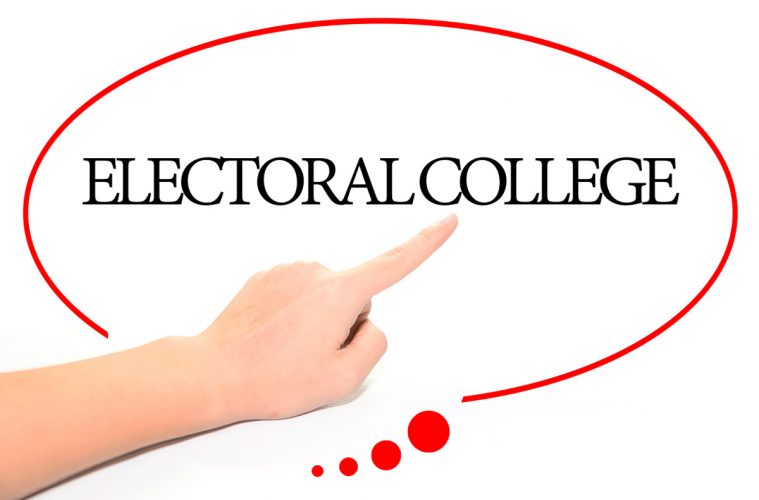 Because of those later laws that do not bind the Electoral College delegates to the popular vote, Democrats are working hard to challenge the Electoral College delegates to go against their state’s popular vote. They are making a big push to sway as many delegates as possible to change their votes from Donald Trump to Hillary Clinton in a last-ditch effort to steal the election away from Trump.

Leading that challenge is Rep. Jim Himes (D-CT).  Over the weekend, Himes stated:

“We’re 5 wks from Inauguration & the President Elect is completely unhinged. The electoral college must do what it was designed for.”

“What finally pushed me over the edge was when the president-elect of the United States criticized the CIA and the intelligence community. Can you imagine what the leaders in Beijing and Moscow and Tehran are thinking as they watch the next president of the United States delegitimize and criticize his own intelligence community and stand up for the defense of Russia, one of our prime adversaries.”

“The Electoral College, if you read the Federalist Papers and understand why it is there, it is a group of people. It is not an algorithm. It is not a set of ballots. It is a group of people that our Founding Fathers, you know, to whom supposedly we all sort of defer to, pledged the idea that if someone gets elected that is manifestly ill equipped to be president … that the Electoral College can step in.”

Himes’ statement has been followed by an opinion piece by Seth Abramson, Professor at the University of New Hampshire, posted in the Huffington Post. Abrahamson writes:

“Trump won the Electoral College resoundingly; Clinton won the popular vote by millions. Trump’s November 8th coalition comprised as unusual and diverse an ideological coalition as the U.S. has seen; nearly half of Clinton voters thought Sanders should’ve been the Dem nominee.”

Actually, he’s wrong! If the three million plus votes cast by illegal aliens and other non-citizens were removed from the vote as they should be, then Trump actually won the popular vote as well as the electoral vote.

Abramson goes on to recommend that the December 19 Electoral College vote be delayed until a full investigation of the reported Russian voting hack be conducted. I noticed that he didn’t ask for an investigation into the Democratic voter fraud unearthed at the beginning of the Michigan voting recount. Nor has Abramson called for a formal investigation into the reported 3 million plus votes cast by illegals and non-citizens. It’s typical of liberal Democrats like Abramson to look in one direction only and question the results when it’s not what they want, but then hide the cheating when it supports them.