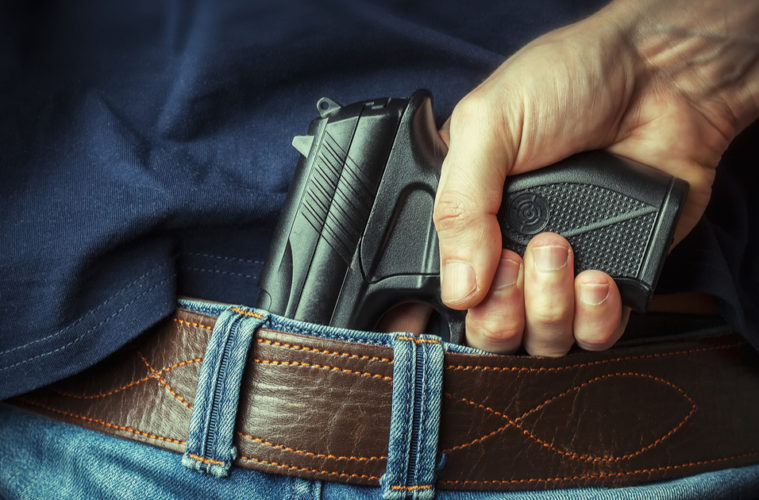 “The right of self-defense doesn’t stop at the end of your driveway. That’s why I have a concealed carry permit and why tens of millions of Americans do too. That permit should be valid in all 50 states. A driver’s license works in every state, so it’s common sense that a concealed carry permit should work in every state. If we can do that for driving – which is a privilege, not a right – then surely we can do that for concealed carry, which is a right, not a privilege.” – Donald Trump

So will our new President Elect follow through after he is officially in office? After January, lets hope he delivers!

The Daily Caller reported this week that Rep. Richard Hudson of North Carolina is ready to introduce The Concealed Carry Reciprocity Act of 2017. I couldn’t help but notice that this bill would be different from most others simply for having a title that accurately illustrates the intent of the bill. Whereas typical bills passed in Congress entitled “The Stop Violence Against Puppies Act” are really just tax hikes and bridge projects, this would indeed simply establish national reciprocity for any holder of a legal concealed weapons permit. How refreshing. This would mean that I – a South Carolina concealed weapons permit holder – would finally have reciprocity in the 15 states that currently do not recognize my permit, including New York and California.

The Democrats love to talk about “common sense” reform in this country. Well this bill couldn’t be more common sense and consistent with the Second Amendment, but I have no doubt it will meet heated resistance. The federal government exists for one reason: to protect our unalienable rights. The Bill of Rights is clear when it declares that our “right to keep and bear arms shall not be infringed”. That includes infringement by state governments who won’t accept the concealed weapons permit issued by another state.