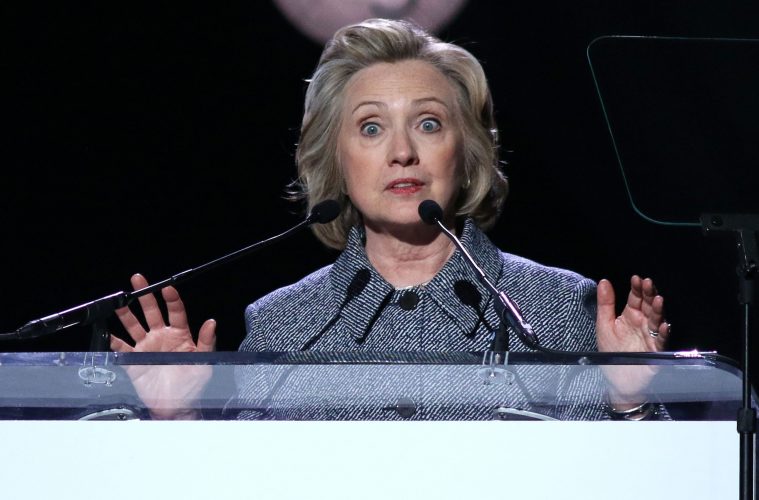 In North Carolina, on Tuesday, Trump suggested that maybe supporters of the Second Amendment could do something in order to stop Clinton from inflicting stricter gun control. Now Clinton, is firing back.

“Yesterday we witnessed the latest in a long line of casual comments from Donald Trump that cross the line,” Clinton said. “His casual cruelty to a Gold Star family, his casual suggestion that more countries should have nuclear weapons and now his casual inciting of violence. Every single one of these incidents shows us that Donald Trump simply does not have the temperament to be President and Commander in Chief of the United States.”

Oh please, give it a rest Hillary. You’re stating that he does not have the temperament to be president because he is not politically correct, but I think you forget: he is not the one with the blood of Americans on his hands.

Clinton’s campaign manager and her running mate, Virginia Sen. Tim Kaine, responded quickly to Trump’s comments but Clinton herself had, until now, ignored questions from reporters about them. Clinton said in Des Moines that Trump’s habit of making “casual comments” is a “critical difference” between her and her rival.

She may actually have a point there, because Trump doesn’t take the time to come up with a crafty lie. He simply states the truth as he goes.

Honestly, I think we can all take heed to Trump’s second amendment statement. He called for 2nd amendment supporters (that’s us) to do something that would prevent Clinton from becoming the president and implementing stricter gun laws. While some people (liberals) arguably state that he is calling for gun owner to kill Hillary (how ironic, the killer gets killed), I do not believe that was his intentions. He is simply calling for any, and every, gun right advocate to do their American duty, and vote. Go out and make your voice heard. Stand up for your rights, for our rights.