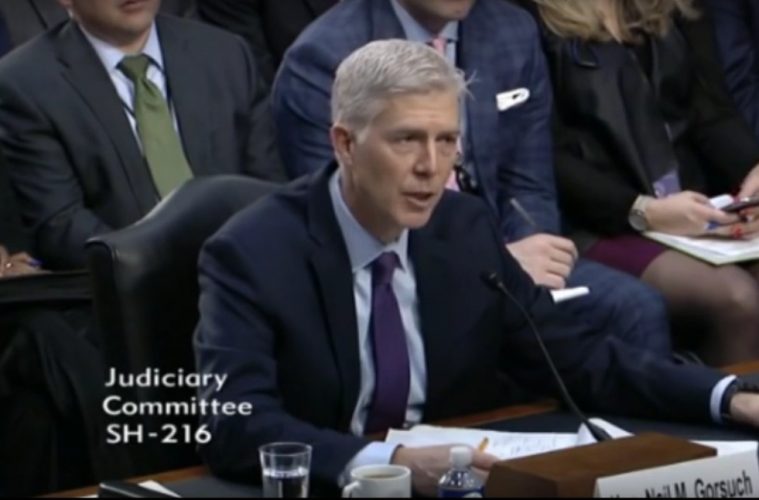 Gorsuch Battle Could be Tip of Partisan Battles for Senate

When Democrat Harry Reid was Senate Majority Leader, he instituted some procedural rule changes that gave Democrats advantages over the minority Republicans. As the current Senate Minority Leader Chuck Schumer, threatens to launch a filibuster to block the confirmation of Neil Gorsuch to the US Supreme Court, Senate Majority Leader Mitch McConnell is threatening to use Reid tactics to change Senate rules that would allow Republicans to move forward with the confirmation of Gorsuch. This is being referred to as the nuclear option since it could have a similar impact on many future Senate proceedings and confirmations.

The battle to confirm Judge Neil Gorsuch to the U.S. Supreme Court is set to come to a head this week and will likely reshape how the Senate confirms future justices, prompting senators and other observers to warn that subsequent battles over court nominees could be even more heated.

Gorsuch’s nomination to replace Antonin Scalia, with whom he shares an “originalist” philosophy of constitutional interpretation, is unlikely to tip the ideological balance of the Supreme Court. And Gorsuch’s three days of confirmation hearings last month never captured the national attention afforded to previous nominees.

But with the Senate Judiciary Committee scheduled to refer him to the full Senate on Monday, lawmakers are about to embark on the final — and perhaps most bitter — round of debate.