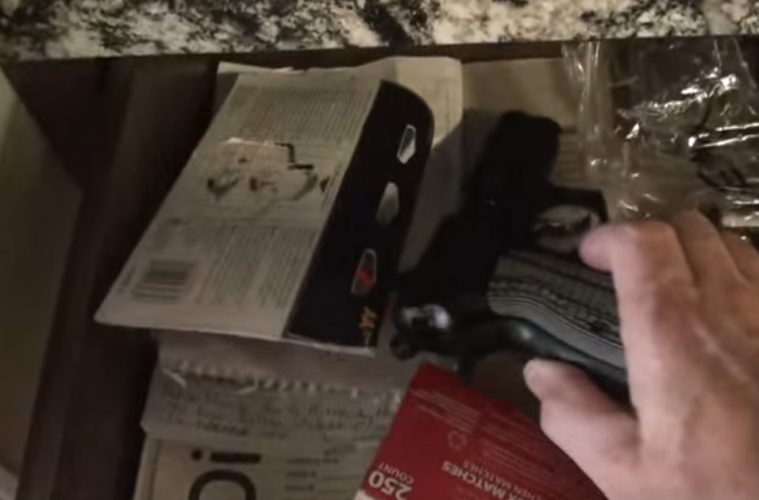 One of the facts we learn from history is that the more gun control laws that are in place, the more home intrusions and burglaries there are. In 1996 newly elected Prime Minister John Howard of Australia pushed for stricter gun control. That year the Australian Parliament passed the National Firearms Agreement which banned the private ownership of all semiautomatic rifles and semiautomatic and pump action shotguns. The new law also established more restrictions in the licensing of other firearms.

According to the National Firearms Agreement private citizens were forced to turn over the banned weapons in a government buyback system. Beginning on October 1, 1966 through September 30, 1997, the Australian government spent $500 million in purchasing and destroying more than 631,000 banned guns. Howard and other politicians promised the citizens of Australia that they would be safer now that these horrible weapons had been taken off the streets.

However, that was not the case!

Since Australia banned semiautomatic rifles, shotguns and pump action shotguns the gun crime rates have skyrocketed throughout the country.

Here in the US, places like Chicago, New York, Baltimore and even Washington DC, that have strict gun control laws, they also have higher crime rates involving guns, especially in Chicago. On the other side of the story, many places that have fewer gun control laws often, not always, have lower incidents of home invasions, burglaries and gun violence.

Currently, I reside in northern Kentucky and am pleased that Kentucky does not have such strict gun control laws like those of the places listed above. Consequently, would be home intruders and burglars should be warned that many Kentucky homes have guns with a number of homeowners ready to use them.

Unfortunately, some liberal Democrats in the state see these poll results as a reason to push stricter gun control. One of those liberal Kentucky Democrats is Ben Chandler. He served as Kentucky’s Attorney General from 1995 to 2003. He served in the US House of Representatives from 2004 to 2013, where he was a loyal supporter of Barack Obama and his many liberal, anti-American and anti-Second Amendment policies.

Currently, Chambers is the President and CEO of the Foundation for a Healthy Kentucky. He responded to the poll by saying:

“Gun safety is a public health issue. Whether it’s a toddler who stumbles across a loaded gun or a teenager showing off to a friend, accidents happen every day. We can prevent these tragedies by keeping guns and bullets in separate, secure places.”

In other words, he wants all legal gun owners to keep their guns unloaded and locked up, leaving Kentucky residents more vulnerable to burglaries and home intruders. Until that happens, everyone needs to know that over half of Kentucky homes with kids have guns. The poll did not say how many homes without kids also have guns and how many of those guns are loaded and unlocked. Would be criminals need to know that many non-child homes also are armed, loaded and ready to protect themselves and that these gun owners are also ready to defend their constitutional rights to protect themselves and their homes.