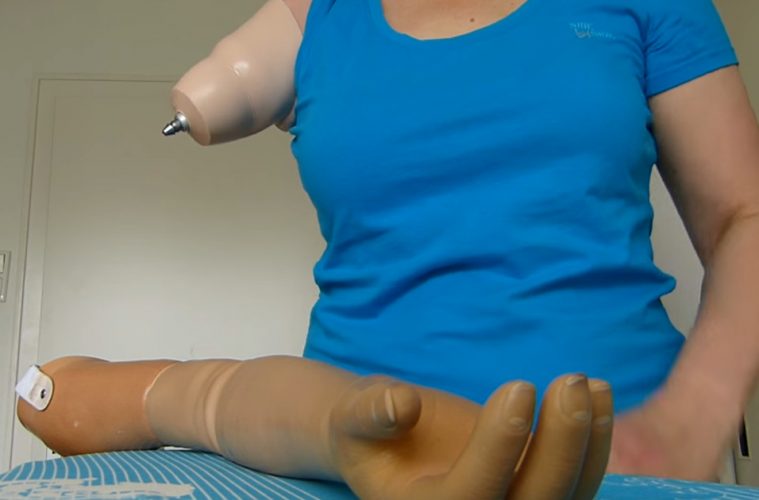 One of the tragic signs of today’s decadent and perverse world is an increase in the number of people who have lost a hand, arm, foot or leg. They lose them in various industrial accidents, auto accidents, diseases, during warfare and as a result of terrorism. Roadside bombs blow off legs and arms. Terrorist bombs often accomplish the same thing. A growing number of terrorists are now using vehicles as their weapons of choice, running into crowds of people and blowing up outside crowded buildings.

Many years ago, only a fraction of these amputees would survive and those that did, went through life with their missing limb or limbs. One of my dad’s uncles was born and raised on a farm in central Illinois in the early 1900’s. In his teen years, his left arm became entangled in a piece of farm equipment, severing it just above his elbow. In those days, there really weren’t any prosthetic arms and Uncle Rollie had to learn how to work and run a farm with only one hand and arm. It was hard but he had no choice. He even learned to hunt using only one arm to fire his shotgun. I went hunting with him several times when I was a kid and I never saw him miss a rabbit or pheasant. I always wondered what he could have accomplish had he had both arms.

After high school, one of the guys I knew in school, Bob, was drafted into the Marine Corps, sent to Vietnam and lost his right leg in a mortar attack by the enemy. The last I knew, he was still getting around on crutches and by hopping on his one leg.

A friend of ours at our home church, Ray, had injured a knee and had to have it replaced. After several unsuccessful knee replacements, he ended up having his leg amputated above the knee. After it healed, he was fitted with a prosthetic leg. While he was able to walk, play basketball, ride a bicycle and more, his prosthetic leg still had limitations.