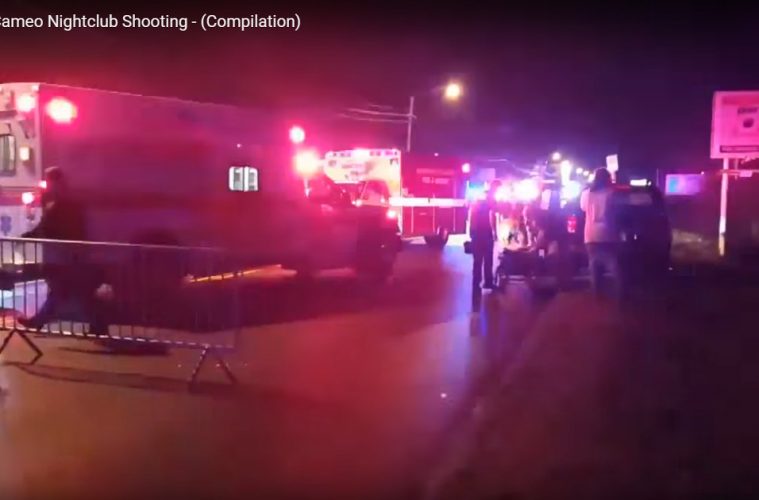 We live 20 minutes south of Cincinnati in northern Kentucky. The bulk of our local news is Cincinnati centered, so we hear a lot of what is going on the Queen City as they often call it. Based upon what we’ve seen and heard from most of the local news over the past decade, allows us to shed some possible insights into the tragic mass shooting that occurred early Sunday morning at the Cameo nightclub in Cincinnati.

To begin with, let’s take a quick look at what the media IS saying:

“Sixteen people were shot — one fatally — inside of a Cincinnati nightclub Sunday morning.”

“The shooting was reported just after 1 a.m. at Cameo nightclub on Kellogg Avenue in Linwood. Police believe that multiple people fired shots. No arrests have been made.”

“Spikes’ family told WLWT News 5 that they were in shock over the man’s death. Spikes was a father and junior college student who came to the club often, they said.”

“‘The bar was very crowded, approximately a couple hundred people,’ Isaac said. ‘Several local men got into some type of a dispute inside the bar, and it escalated into shots being fired from several individuals’.”

As of the time of this writing, there are still no arrests and no one seems to be saying who or what was really behind the shooting.

Now let us point out several things NOT being so readily reported to the national media.

What happened at the Cameo nightclub is another example of how and why gun control does not work. Had the club not been a gun free zone and some of the patrons were armed with their legal concealed carry weapons, the shootings may have been stopped earlier and some of the injured would not have been injured. Gun Free Zones only make people more susceptible to becoming victims, it does not make them safer.

Despite laws prohibiting criminals from owning and possessing guns, it doesn’t stop them from getting and using them. These laws only leave law abiding citizens more vulnerable to becoming victims of gun related crimes.

The rampant drug and gang activity in Cincinnati, and many other larger cities in America, are the results of a society who rejected God, Christianity and biblical principles. Remove God and biblical values and they are quickly replaced by secular, self-centered and dangerous values that only leads to more violence.

These three factors are the real issues behind the shootings at the Cameo nightclub in Cincinnati.