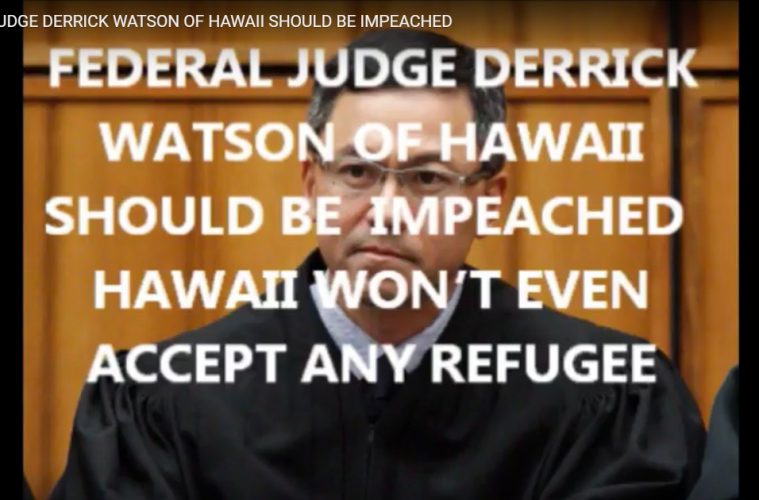 Once again, an ultra-liberal judge in Hawaii over-extended his powers and revised his blockage of President Trump’s travel ban, indefinitely. Hawaii’s hypocrisy is found in the fact they refuse to accept any of the refugees that Judge Watson is allowing into the country.

A federal judge in Hawaii has extended an order blocking President Trump’s March 6 travel ban, putting on indefinite hold a presidential directive that had suspended new visas for citizens of six Muslim-majority countries and barred all incoming refugees for 120 days.

The ruling, by US district judge Derrick Watson, turns an earlier restraining order into a preliminary injunction, as part of a legal challenge brought by the state of Hawaii against what it alleges is an unconstitutional religious ban.

The Trump administration had asked Mr. Watson to narrow that earlier restraining order to encompass no more than the visa suspension, arguing that the halt of the US refugee program did not affect Hawaii.