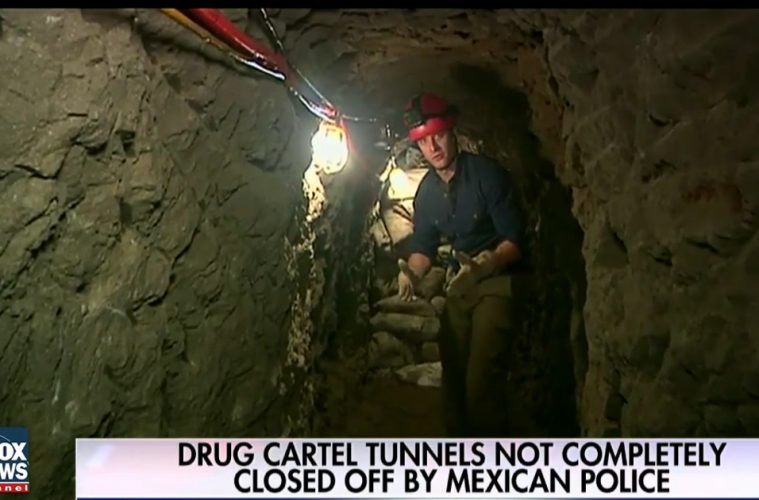 Over the years, US officials have discovered numerous tunnels, some elaborate and others barely usable, that were used by drug cartels to funnel tons of illegal drugs into the US. However, for reasons unknown, the US government failed to fill in or destroy many of them, so drug cartels have moved back to reusing them once again.

While the Trump Administration has made building a wall a top priority in its quest to secure the border, Fox News has discovered a major lapse in security that’s currently being exploited by Mexican cartels.

Authorities continue to find underground tunnels, both primitive and sophisticated, burrowed under the border fence that splits San Diego and Tijuana. When they do, American law enforcement fills the entire U.S. side of the tunnel with concrete.

“It’s done to every tunnel in order to deter anyone from ever using it again,” said Juan Munoz, Homeland Security investigations special agent.