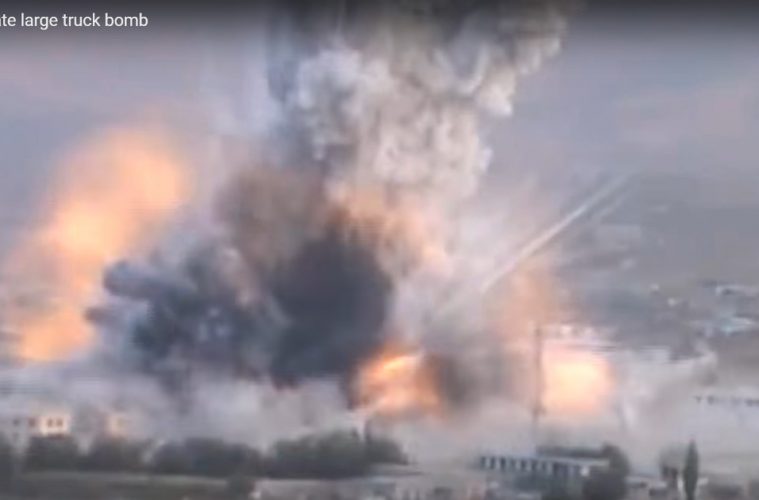 One of the arguments used by gun control advocates is that guns are the weapons of choice of terrorists and making guns harder to obtain will make it harder for terrorists to carry out their attacks, thus saving lives.

Is this a valid argument or do facts prove this to be just another liberal anti-American strawdog argument that is easily destroyed?

Last summer, a number of media outlets carried stories claiming that guns were the weapons of choice for terrorists, especially in the United States. They pointed to the shooting at the Pulse nightclub in Orlando, the shooting in San Bernardino and the shooting at Fort Hood. One article stated:

“In the coming days, there will be a lot of discussion about terrorism and mass shootings and the relationship between these categories. And it’s growing harder to separate them: Terror attacks in the U.S. increasingly involve guns.”

“Although terrorism still accounts for a negligible share of all gun deaths in the U.S. — since 1970, fewer than five deaths most years — from 2002 to 2014, 85 percent of people killed by terrorists in the U.S. were killed using guns, according to our analysis. Every terrorist attack in the U.S. last year in which someone other than the perpetrator was killed involved guns, according to a preliminary list provided by Erin Miller, who manages the Global Terrorism Database. Since the Sept. 11 attacks, the number of people killed by guns in terror attacks in the U.S. has risen, as has the number of terror attacks involving guns.”

Note that this June 2016 article did say that the number of gun deaths in the US by terrorists was negligible. This literally takes half the wind out of the sails of the anti-gun argument used by those who want to pass all kinds of bans on guns, gun accessories and gun ownership.

Here is news that will take the rest of wind completely out of the sails of anti-gun fanatics:

“London has had some of the most restrictive gun control laws in the world since the 1990s—and since then it has also experienced a litany of terror attacks that have not been hindered in the slightest by controls on firearms.”

“In fact, it could be argued that the controls only make law-abiding citizens an easier target for terrorists who use rudimentary weapons like knives or cleavers, and particularly easy targets for attackers who are willing to weaponize an automobile, using it to run down and literally run over as many innocent Londoners as possible.”

And yet another source states:

“Can cities be terror-proofed against the growing trend of vehicle-ramming attacks?”

“Wednesday’s attack in London is the fifth high-profile urban attack in eight months by an assailant who used a vehicle as a deadly weapon, and comes two months and three days after Melbourne experienced the same horror…”

“There is a fast-growing list of cities that have suffered a vehicle-ramming attack.”

In the war torn Middle East, terrorists have been using vehicle bombs as a weapon for several decades. At times, it seems that using vehicles is the preferred weapon of many terrorists as a single explosion can kill and injure dozens and spread panic in the streets.

The bottom line is that passing gun control will do nothing to stop or reduce terrorist attacks or the number of people killed and injured by terrorists. When guns are not available, terrorists will and do turn to other means to carry out their senseless attacks on innocent people. Not only terrorists, but others with mental disorders, gang members or just angry wackos, will find a way to wreak havoc and mayhem on their targets, regardless if guns are available or not.