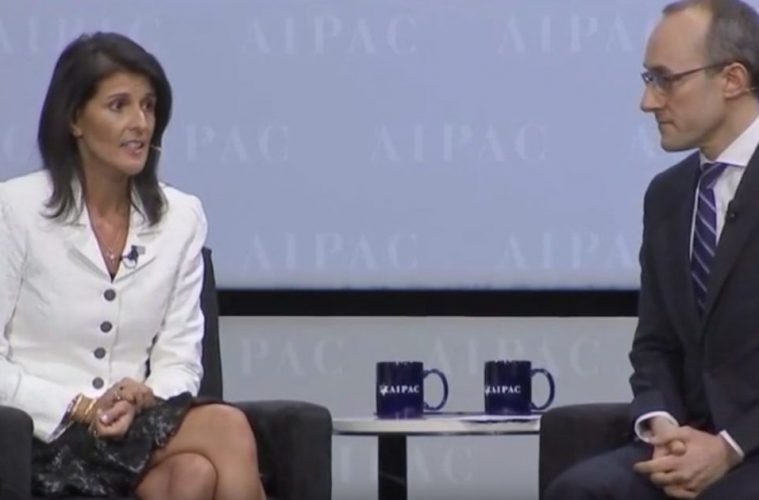 Our nation’s Ambassador to the United Nations, Nikki Haley, made an appearance at the 2017 American Israel Political Action Conference (AIPAC) and the crowd immediately roared their approval for the work she is doing at the UN.

One of the most important themes that Ambassador Haley wanted to convey to the AIPAC audience was that there was new sheriff in town, and that the Trump administration would not allow the United Nations to persecute Israel during their watch. “I wear high heels and it’s not for a fashion statement,” Haley said. “It’s because if I see something wrong, I will kick it every single time.” She followed that up by telling the crowd that she has warned her colleagues at the UN that the “days of Israel bashing… are over.”

Haley earned cheers for her comments criticizing the Obama administration for allowing Resolution 2334, which condemned Israel’s right to build settlements on their own land, to pass the Security Council.

“When Resolution 2334 happened and the US abstained, the entire country felt a kick in the gut. We had just done something that showed the United States at its weakest point ever. Never did we not have the backs of our friends and we don’t have a greater friend than Israel. To see that happen was not only embarrassing, it was hurtful.”