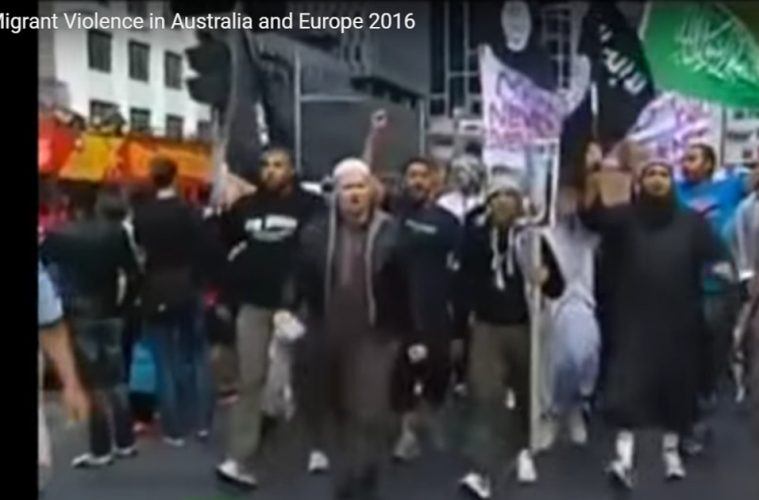 Is America Getting the Muslim Refugees That Australia Rejects?

After the past couple of years, a growing number of countries are growing concerned about the dangers of allowing so many refugees from Middle Eastern countries to enter their own country. While the majority of the refugees may be just normal people fleeing the ravages of war and terrorism, some among them are terrorists in disguise.

A number of terrorist attacks that have taken place in European cities have been carried in part by terrorists that entered those countries disguised as refugee asylum seekers. It’s also possible that some of those terrorists have been actively recruiting citizens from their new countries to join them in carrying out their murderous attacks on throngs or innocent people.

President Donald Trump has tried to take action to establish safeguards to help protect America and the American people from terrorist attacks, but he has been repeatedly blocked by liberal judges who overstep their authority and inflict their personal agendas above that of the President. Obviously, these liberal judges care nothing for our national security or the safety of the American people. Instead, they place foreigners over the rights American citizens, possibly just to make a name for themselves in hopes of moving up the judicial ladder under the next Democratic president elected to the White House.

Twice, Trump has tried to take action and twice the liberal judges have blocked him. They claim that his actions are not just about national security but have everything to do with targeting Muslims and preventing them from entering the US.

In the meantime, not only are large numbers of Muslims still entering the country, but one report suggests that the US may be taking the Muslim refugees being rejected by Australia. In that report, it states:

“Australia is pawning off over 1,000 mostly Muslim asylum seekers presently housed in offshore detention centers on to the US.  What are we nuts!”

“Here is the news (at Christian Daily) about Australia’s magnanimous gesture toward Christian Syrians:”

“Australian Prime Minister Malcolm Turbull’s government has prioritized persecuted Syrian Christian refugees over their Muslim counterparts in a program that provides homes to 10,000 asylum seekers who have passed a stringent screening process.”

“So Prime Minister Turnbull is going to prioritize Christian refugees and hand off THEIR rejected Muslims to us? Come on Donald get back to why we elected you!”

“The Australian government has now issued the 12,000 visas previously promised to Syrian refugees and is set to resettle the asylum seekers mostly in New South Wales. Although it seems Prime Minister Turnbull has not yet revealed the religious composition of the resettled refugees, the Daily Telegraph has learned that around three quarters of the migrants who were processed were persecuted Christians.”

“The refugees in the resettlement program had to go through a strict security screening process to make sure that no radicalized foreign fighters make their way into Australia. The program, which was first announced by former prime minister Tony Abbott, was previously met with opposition by those who are against prioritizing refugees of any religion.”

While Australia is screening many refugees by their religion for reasons of safety and security, liberal judges here in the US deny us from doing the same. The same liberal judges say that we are not allowed to discriminate against anyone by their religion, yet at the same time, they say it was legal for Obama’s administration to discriminate against Christians via Obamacare. They say it’s legal for Muslims to pray in school, for students to be taught the Muslim call to worship and other Islamic rituals, but the schools are not allowed to let Christians pray or teach anything about Christianity. Public high schools are allowed to hold Muslim based functions such as a girls only prom for Muslim girls, but schools are not allowed to hold a Christian baccalaureate service for graduating seniors like they used to do.

While the double standards between the growing acceptance and promotion of Islam and the increased persecution of Christians here in the US continues, more and more Muslim refugees, some of which could be terrorists in disguise, will be allowed into the US, even after being rejected by Australia. Makes you wonder which nation is doing the right thing.