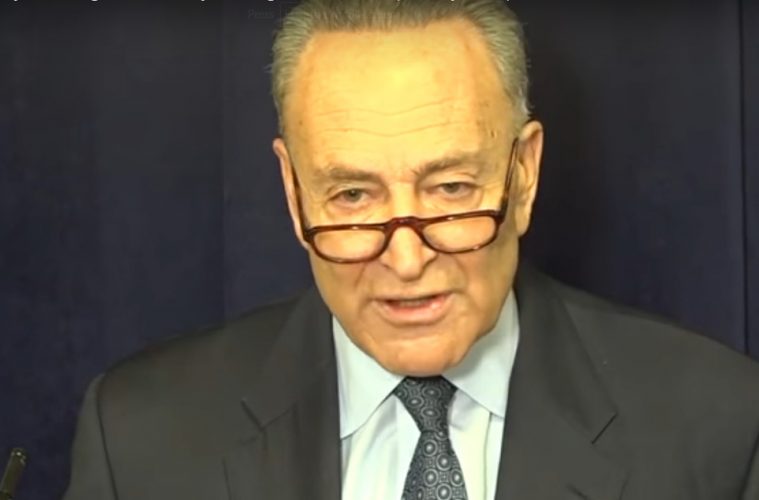 SHOCK: Schumer Wants to Work With Trump on Healthcare

Senate Minority Leader Chuck Schumer has long been very vocal about opposing EVERYTHING President Donald Trump does. He has been intent on trying to destroy Trump’s presidency without any regard for the nation. He is even trying to muster up a filibuster to block the Senate confirmation of Neil Gorsuch to the Supreme Court. Schumer may have just shocked many in the political world by saying he welcomes the chance to work with Trump on healthcare and other issues.

Senate Minority Leader Chuck Schumer on Sunday jumped at a chance to find common ground with President Trump on coming up with a solution to a new health care bill, as Trump’s aides opened the door to working with moderate Democrats on health care and other pressing issues.

Schumer, D-N.Y., said Trump must be willing to drop attempts to repeal Barack Obama’s signature achievement, warning that Trump was destined to “lose again” on other parts of his agenda if he remained obligated to appease conservative Republicans.

“If he changes, he could have a different presidency,” Schumer said on ABC’s “This Week.” “But he’s going to have to tell the Freedom Caucus and the hard-right special wealthy interests who are dominating his presidency … he can’t work with them, and we’ll certainly look at his proposals.”