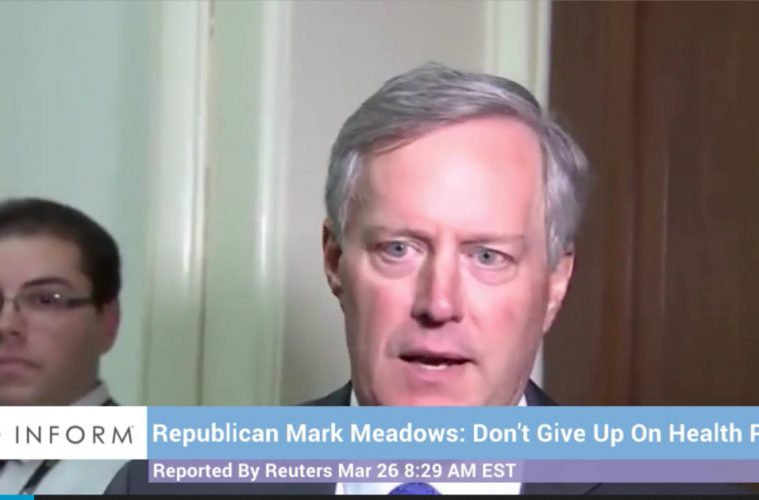 Republicans Say Quest to Replace Obamacare NOT Over

I truly don’t think Republicans expected Donald Trump to defeat Hillary Clinton last November and consequently were not prepared to offer a workable replacement for Obamacare, knowing that if Clinton had won, she would veto it. The November victory surprised them and caught them off guard. Now that they are not on a short deadline, they are vowing that the effort to come up with a workable replacement for Obamacare is not over.

Lawmakers on Sunday signaled that the fight for healthcare reform isn’t over, despite President Trump being dealt a major defeat when the GOP declined to vote on a healthcare bill that faced failure in the House.

The chairman of the conservative House Freedom Caucus — an instrumental group in dooming in the bill — promised Sunday that the failure of the Republican attempt to repeal and replace ObamaCare was not the end of the healthcare debate.

Freedom Caucus Chairman Mark Meadows (R-N.C.) was echoed by both Republican and Democratic senators who took to the Sunday political shows to say healthcare is not an issue of the past.

The sentiment come after President Trump this weekend signaled he would move on to other legislative priorities — such as tax reform — and put healthcare reform aside in the aftermath of the chaotic week.