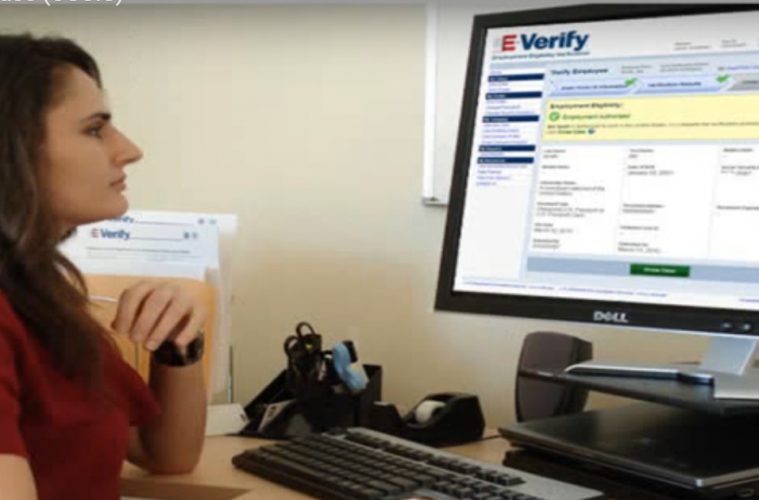 There is no question in anyone’s mind that illegal aliens have filled tens of thousands of jobs that would otherwise be filled by American citizens. Even though federal law and many state laws require that businesses to only employ US citizens or legal foreign citizens with the proper authorization, many do not. They tend to hire illegals, pay them cash under the table and at a lower wage than American citizens would make.

Someone once asked what was meant by paying someone under the table, so here it is in a nutshell. When you get your paycheck and see all of the taxes withheld, are you aware that your employers also pay taxes on you? By being paid cash under the table means that the employer does not report that payroll, nor does he or she, pay their part of the taxes. They generally find a way to write off the amount as a loss of some kind to help with their end of year taxes. The illegal receiving the under the table pay also does not report it as income nor do they pay taxes on their earnings. It cheats the federal, state, county and local governments out of necessary revenue which in turn forces them to try to increase your taxes to make up the differences.

A simply system for employers to use in E-Verify. According to their website:

“E-Verify is an Internet-based system that compares information from an employee’s Form I-9, Employment Eligibility Verification, to data from U.S. Department of Homeland Security and Social Security Administration records to confirm employment eligibility.”

“E-Verify’s most impressive features are its speed and accuracy. E-Verify is the only free, fast, online service of its kind that verifies employees’ data against millions of government records and provides results within as little as three to five seconds.”

Pennsylvania lawmakers are taking a number of steps to put American citizens first over illegal aliens and they are requiring private employers to enroll in E-Verify is just one of those steps. According to a recent post:

“The legislative package revealed at the event includes six measures. While not all of the bills have been formally introduced this session, the majority are based on previously introduced legislation. The package includes:”

According to one source, Philadelphia and 16 of the state’s 67 counties are sanctuary areas for illegal aliens. If passed, that would all end, thankfully. Perhaps with the huge number (11 to 20 million) illegals in the US, it would make sense to require all employers to use E-Verify to make sure that they are only hiring people who have the legal right to work. With that, they need to add extremely harsh, stiff fines for any employers, including restaurants and hotels, caught hiring illegal aliens. After a few companies are slapped with the heavy fines, then more employers, especially smaller ones, will be afraid to continue in their illegal practice.

The best thing about the initiative in Pennsylvania is that there is no Democrat controlled Departments of Justice or Labor to fight the measures.