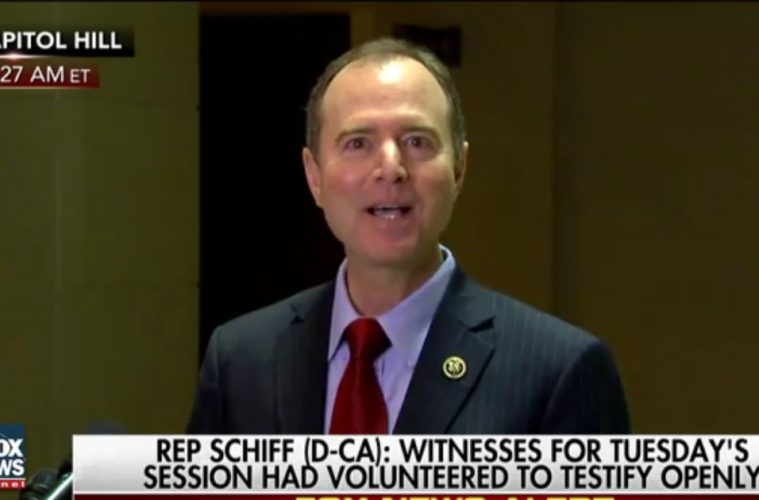 Democrats are such sore losers that they are turning to every dirty trick in the book to not only hurt but destroy the Trump presidency. They don’t want to see America returned to greatness they want to continue to ruin the nation and turn it into something ugly and destined for failure and collapse. It seems that the Democrats on the House Intelligence Committee are especially determined to destroy Donald Trump.

The House Intelligence Committee is supposed to be more bipartisan than other House committees and a place where members conduct serious oversight of America’s intelligence agencies. Its members are expected to put politics aside to oversee sensitive intelligence programs that are crucial to protecting our nation’s national security.

That’s not what we saw in Monday’s rare open Intelligence Committee hearing.  Democratic members spent every minute of the hearing to smear the president before the cameras. By doing so, they made a mockery of bipartisan intelligence oversight.

Republican Intelligence Committee members were taken off guard by hyper-partisan behavior of their Democratic colleagues. At the hearing there were some useful exchanges between Republican members and Comey on the seriousness of recent leaks of intelligence as well as the unmasking and illegal disclosure of General Michael Flynn’s name from NSA reports.  Unfortunately, these discussions were overshadowed by the Democrats who were much more aggressive in pushing their Trump-Russia conspiracy theories.