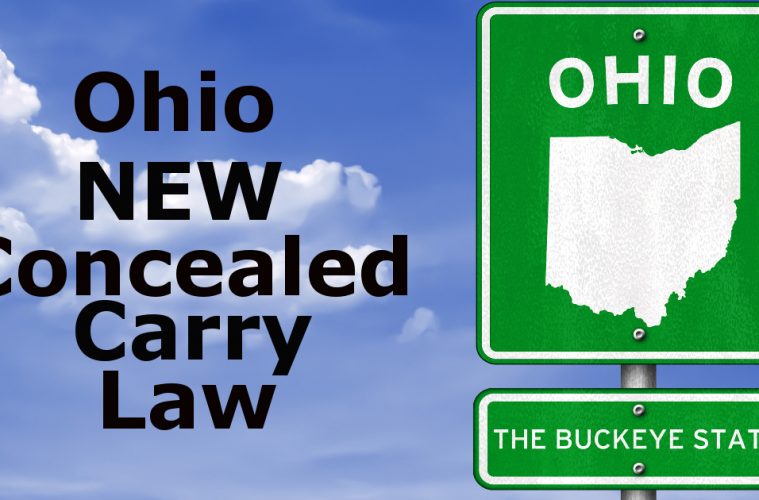 For eight years, Obama’s anti-gun minions tried their best to undermine the US Constitution and the constitutional rights of the American people, especially their 1st and 2nd Amendment rights. They pushed hard at the national level to enact many types of gun control laws, most of which failed, thankfully.

When national efforts failed, many anti-American Democrats took their gun-control to individual states. They pushed to destroy existing gun rights legislation including concealed carry laws and laws that allowed ownership of assault rifles and high-capacity magazines.

One of the main pieces of legislation passed by the Ohio legislature was to allow school districts to decide for themselves if they wanted to remain gun free or to have their faculty and staff trained and permitted to carry concealed weapons on campus during school hours. Much to the dismay of many Democrats, a greater number of school districts decided to take measures to protect their students than Democrats expected or wanted.

State licensed training facilities were quickly inundated with applications from hundreds of teachers and school staff. They all wanted to be properly trained and to acquire their concealed carry permits so they could be armed to prevent any type of Sandy Hook mass shooting at their school. Thousands of Ohio public school students are now protected by hundreds of armed teachers and faculty members.

However, Ohio legislators did not stop there with restoring of safeguarding the 2nd Amendment rights of Ohio citizens and military service members. Senate Bill 199 is an important step taken in that endeavor and it just went into effect on Tuesday. The bill reads, in part:

“To amend sections 109.731, 311.42, 1547.69, 2923.11, 2923.12, 2923.121, 2923.122, 2923.123, 2923.126, 2923.16, and 2923.21 and to enact sections 2923.1210 and 5103.132 of the Revised Code to specify that an active duty member of the U.S. Armed Forces: (1) does not need a concealed handgun license to carry a handgun concealed if the member is carrying valid military identification and documentation of successful completion of specified firearms training; and (2) may be sold or furnished a handgun if the member has received specified firearms training; to prohibit a business entity from having a policy that prohibits a concealed handgun licensee from transporting or storing a firearm in the person’s motor vehicle; to modify the prohibition against carrying a concealed handgun onto institutions of higher education, day-care facilities, aircraft, certain government facilities, public areas of airport terminals, and school safety zones; to allow a sheriff to use concealed handgun license fee revenue to purchase ammunition and firearms; and to authorize certain children’s crisis care facilities to maintain firearms.”

To put it in easier to understand language:

“Employers can still ban weapons inside their businesses, but they can no longer prohibit concealed carry permit holders from leaving firearms locked in their personal vehicles parked on company property.”

Hopefully, the Ohio legislature will pass more bills to restore and safeguard the 2nd Amendment rights of Ohio citizens and hopefully, other states will follow suit. At one time in America, there were no laws restricting American citizens from being able to protect themselves, their homes and their loved ones. Wouldn’t it be great to return to that?