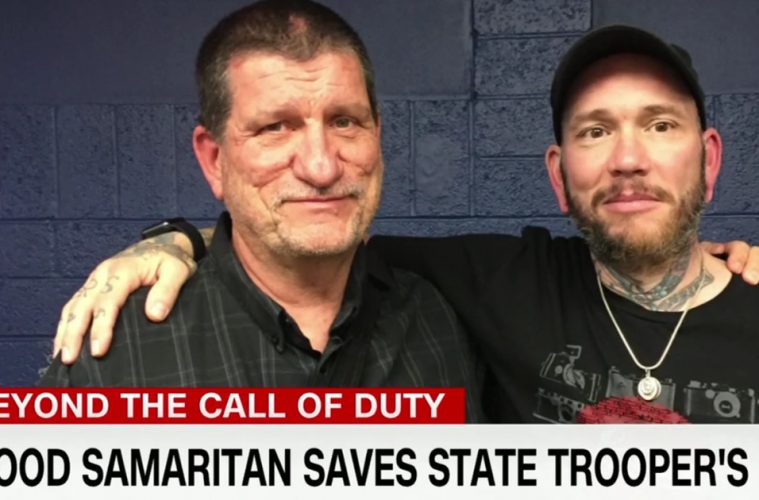 Interstate 10 in western Arizona is a long stretch of highway traveling through miles of open desert. Once you drive about 30 miles from downtown Phoenix, buildings and houses give way to creosote bushes, Palo Verde trees and cactus. It’s the type of open terrain that lure a driver into unknown sleep if he or she is not careful. At night, it can be a lonely place, except for those who leave early on their way to the busy Los Angeles metropolitan area.

In the early cold morning of January 12, 2017 (yes, it can and does get cold in the desert at night this time of year), Thomas Yoxall was heading to a conference in Anaheim, California. In 2002, Yoxall was an avid hunter who was charged with felony theft. In 2003, his case plead down to a misdemeanor, which allowed him to petition the courts to reinstate his gun rights, and they were.

Around 4:30am, Yoxall was nearing the small town of Tonopah, about 50 or so miles west of Phoenix when he saw a police car with lights flashing come up from behind and then pass on ahead of him. Yoxall thought to himself that someone was about to have a bad start to their day.

The officer in the police car was Arizona State Trooper Ed Andersson. He was responding to a call of someone shooting at cars on the highway. When Andersson arrived at the location, he spotted an overturned car on the side of the highway. He saw a man kneeling down, holding an injured woman. His first thought was that the woman was thrown from the car as it overturned and the man was in the car with her. Andersson stopped his patrol car in the slow lane to block traffic and set out flares. He also radioed in for a medical helicopter to respond to the scene.