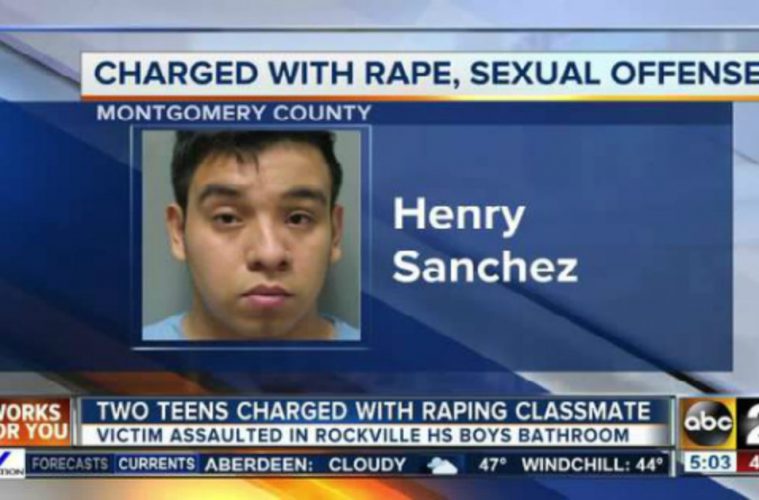 Two dangerous and violent Obama “DREAMERs,” both illegals from Guatemala, were arrested for brutally raping a 14-year-old girl right in a Maryland high school bathroom last week. The two males are both nearly past high school age but were put into the 9th grade with 14 and 15 year old American children even as they should never have been allowed into government funded schools at all.

The two monsters, Henry E. Sanchez, 18, and Jose O. Montano, 17, were allowed to enter the ninth grade due to their relative ill-educated ignorance. This is typical with the people who streamed into our country during Obama’s reign of terror on this nation. They have no education, often cannot speak English, and usually can’t even write in their own language, much less English.

Yet these lawbreakers come here, and what is the first thing our left-wing lawmakers allow? That’s right, they let them enter school on our dime. It is also very common for these illegal aliens to be put in grades with children several years younger than they. This is because they are so poorly educated that they simply can’t keep up with kids their own age so lawmakers allow 18-year-olds who should by rights not be allowed into high school at all to be put in with kids four and five years younger than they.

So, these two criminals who raped a 14-year-old girl, who were arrested and are being held without bond should never have been allowed into this country in the first place, much less catered to and given the opportunity of a free education courtesy of the taxpayers of the State of Maryland.