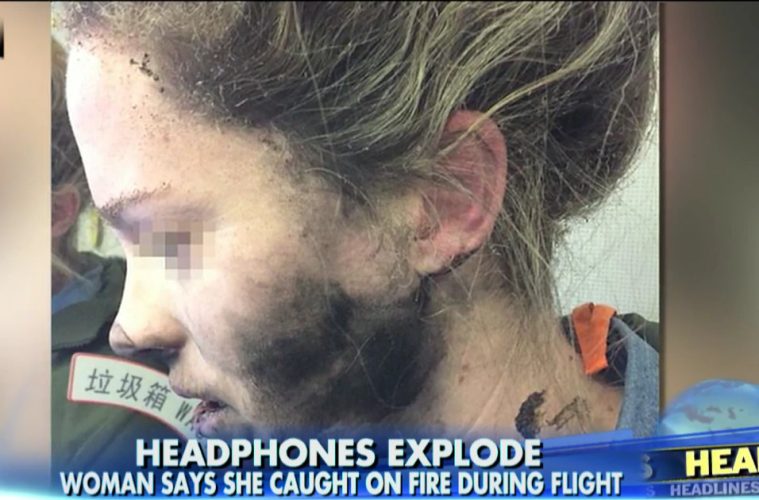 During the last couple of years, the news has been full of reports of cell phones, e-cigarettes, and hoverboards exploding and causing fires. Lithium batteries have even been linked to at least one airplane crash. Is it possible that battery-operated headphones could be added to the list?

Samsung sold millions of the new Galaxy S7 and Galaxy Note 7 phones and ended up issuing more than one worldwide recall after several dozen of the devices overheated, exploded and caught on fire. Several people were burned when the Samsung devices caught on fire while in their pockets. Eventually, the problem was tracked to the lithium-ion batteries.

Millions of people around the world have switched from smoking real cigarettes to smoking e-cigarettes, thinking that it would be better for their health. They not only placed a false sense of health safety in the e-cigarettes, but they failed to know that their new habit could place them in harm’s way. A growing number of e-cigarette’s have been exploding and catching fire, often in people’s pockets, causing burns to their thighs and sensitive areas. Eventually, the problem was tracked to the lithium-ion batteries.

Since last year, hoverboards became very popular with millions being sold. Before Christmas, hoverboards began exploding and catching fire. Just last Saturday, a hoverboard is being blamed for causing a housefire in Harrisburg, Pennsylvania that resulted in the death of a three-year-old girl and a firefighter. Two other young girls were also hospitalized as a result of the same fire. What’s been causing the hoverboards to explode and catch on fire? The lithium-ion batteries.